A Global Perspective on Vaccine Equity 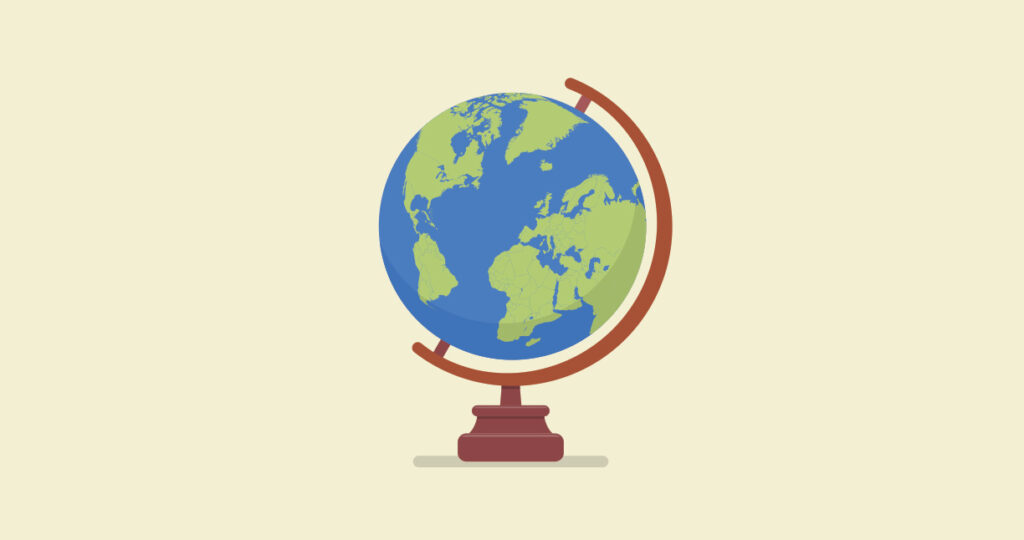 Despite the Biden administration’s inability to reach its goal of having 70 percent of Americans vaccinated by July 4th, the widespread roll out of vaccines has allowed people in Manchester and around the country to begin the journey back to a pre-pandemic sense of normalcy. Masks have become optional in many places for vaccinated individuals, and people are enjoying indoor activities such as dining and visiting the movie theater again. For this, we must count ourselves fortunate and bear in mind that this journey will take far longer for people across the world who don’t have access to the same kinds of resources.

While state governors are creating lotteries and incentives such as free food and tickets for vaccinated citizens in an effort to drive up vaccination numbers—with mixed results—poorer and less developed countries do not have the same problem. Theirs is an acute problem of vaccine equity, with those countries being unable to secure vaccines for their citizens.

Vaccine equity is a problem domestically that requires attention, with minorities often lagging behind in vaccination rates because of lack of access and distrust of public health systems, among other factors. In Connecticut, the state has partnered with Health Equity Solutions to reach the state’s black and Latino communities. But the difference globally is getting the vaccine at all—threatening to prolong the pandemic in places with already weak public health systems with recurring waves of rising cases.

At a press conference on June 7th, Director-General of the World Health Organization (WHO) Tedros Adhanom Ghebreyesus stated, “Increasingly, we see a two-track pandemic…Six months since the first COVID-19 vaccines were administered, high-income countries have administered almost 44% of the world’s doses. Low-income countries have administered just 0.4% of the world’s doses. The most frustrating thing about this statistic is that it hasn’t changed in months.”

That same day, the WHO published an article stating, “Even as some affluent countries are already discussing the rollout of booster shots to their populations, the vast majority of people in developing countries—even front-line health workers—have still not received their first shot.”

Many countries without adequate access to vaccines are currently going through their second or third waves of COVID-19—and that access could take a long time, despite international efforts.

Early on in the pandemic, the COVAX Initiative was formed as a way to provide equitable access to vaccines across the globe, created and managed by Gavi, the Vaccine Alliance, the Coalition for Epidemic Preparedness Innovations (CEPI), and the WHO. According to an article by Ann Danaiya Usher in The Lancet, a leading medical journal, the initiative’s framework would see countries receiving their vaccines from COVAX, with more developed countries providing the funding to secure such vaccines while less developed nations would receive them without cost. This was meant to provide equitable access to vaccines across the globe rather than concentrated heavily in richer countries. However, things did not go as planned.

“By August 2020, the USA had already entered into seven bilateral deals with six companies for more than 800 million doses, enough to vaccinate 140% of its population according to the Duke University Launch and Scale Speedometer,” Usher writes. “The EU was close behind with access to half a billion doses secured through two deals. The UK had bought into five bilateral deals giving it access to 270 million doses, equivalent to 225% of its population. These early investments by rich countries in multiple vaccines secured them a place at the front of the queue. Because COVAX did not have the means to compete, it was pushed to the back.”

Emphasis has now been placed on countries like the United States, which only joined COVAX in January of this year, donating their doses. On June 13, the G7 group of countries, consisting of the United States, Canada, France, Germany, Italy, Japan, and the United Kingdom, pledged to donate a billion COVID vaccines, up from the 130 million doses pledged in February. However, this is not nearly enough; Nature, a scientific journal, reported that around 11 billion are needed to reach a 70 percent global vaccination rate. With the slow rate at which vaccines have been reaching the poorest nations, some people in those states could be waiting a long time for their vaccine, with some researchers estimating that it could take up until 2023.

These past few months have shown the impact the pandemic is still having across the world as a result, despite things closer to home showing some signs of improvement.

Throughout the month of May, India dealt with a massive second wave that has brought India’s official death toll to more than 400,000. According to The Wall Street Journal, however, that number could be far lower than the actual cost. Lack of access to healthcare and COVID testing, especially in rural areas, hides the true number that some estimates project to be several times larger than the official figure.

But even with cases now declining from its spring peak, the virus is causing destruction in its wake in India. According to CBS News, cases of Mucormycosis, a non-transmissible fungal infection commonly called ‘black fungus,’ had risen by late June to more than 28,000—more than double the cases of the previous period of last year. The infection has a high mortality rate, with severe cases sometimes requiring the removal of sinus tissue or the eyes. With many cases being seen in people who previously had COVID, doctors believe that the widespread use of steroids to treat COVID patients in India could have left many vulnerable with weakened immune systems, especially those with preexisting conditions such as diabetes.

India’s second wave impacted other states due to its position as a major global vaccine supplier. With India fighting its second wave, the export of vaccines was suspended, causing Bangladesh to lose out on vaccines it had ordered. According to Time Magazine, only seven million doses were delivered out of an ordered thirty million, all for a state with a population of around 163 million. The country is seeking vaccines from other sources such as China, Russia, and the United States, but in the meantime has entered into a military-enforced lockdown of the capital city of Dhaka to fight surging infections and some of the highest death rates the country has experienced in the entirety of the pandemic.

With the spread of the new variants, Africa is experiencing a surge in cases, straining its already weakened healthcare systems even further. Along with shortages of hospital beds and oxygen, Africa also suffers from an serious lack of vaccines, with vaccination rates lying within the low single digits, according to Wall Street Journal. The results are often times horrifying. That same Journal article notes that in Uganda’s largest hospital, all 30 patients in the intensive-care unit died in one night when oxygen supplies ran out.

Despite Africa containing around 17 percent of the world population, its share of vaccine doses comes nowhere near that number. By late June, according to the Guardian, Africa had recorded more than 5 million coronavirus cases and almost 140,000 deaths, though like India, the true number is thought to be higher. Yet, “out of 2.7bn doses administered globally, just under 1.5% have been administered in Africa.” Africa particularly highlights the need for vaccine equity—with the continent’s underdeveloped healthcare systems, this coming wave could be disastrous, with looming effects to economic recovery in the region.

Likewise, South America has been hit especially hard this spring and summer with a wave of cases that it is still dealing with today, with a death toll disproportionate to the size of its population. By mid-June, the continent had recorded almost a million deaths, almost a quarter of the world’s death toll on a continent with only around 5 percent of the world’s population. The death rate per capita at that point was eight times greater than the average of the world.

By contrast, Connecticut is now at the point in its vaccination campaign where vaccines doses are beginning to be wasted in greater numbers. Open but unused vials of vaccine have a limited shelf life; The Connecticut Mirror reported in late June that 1616 doses had been wasted with nearly a third of that total coming just since the end of May, noting, “As the state’s vaccine effort has slowed significantly, the amount of waste will likely increase.”

Beyond illness and death rates, the COVID-19 pandemic has and will continue to exacerbate problems that existed in the world before. One such pressing problem is hunger. According to the U.N.’s yearly report, “The State of Food Security and Nutrition in the World,” released on July 12th, the pandemic has in part led to greater increases in 2020 to those facing moderate or severe food insecurity than the previous five years combined—an estimated increase of 320 million people. Compared to 2019, the amount of people who faced hunger in the world increased as much as 161 million people.

The COVID-19 pandemic that began now more than a year ago has touched all corners of the globe. With the availability of vaccines, the United States is beginning to return to normal. But such a global event should have a much greater global response. The delay in getting vaccines to those without them will only cause further human suffering, especially in the places least equipped to deal with it, as well as give the virus further chances to mutate, risking the degree of protection the existing vaccines provide.

“There are two reasons that a person in London or Los Angeles should care about vaccination rates in Lagos or Sao Paulo,” as Sue Halpern put it in the New Yorker. “Simple humanity and simple biology. If left unchecked, the loss of human life for families and societies worldwide will be staggering. Viruses are international travelers, and over time they mutate. Wherever vaccine coverage is patchy, there is selective pressure for the virus to evolve resistance. We’ve already seen robust virus variants from South Africa, Brazil, the U.K., and India spread around the world. So far, the first generation of COVID vaccines is holding the line against them, but that protection is not guaranteed.”

This pandemic has shown that events thousands of miles away can impact life right here in Manchester. Now it is important that we do not forget those suffering still, even if they are thousands of miles away as well. Residents of Manchester should stay safe and enjoy their summer and relaxing restrictions. But it is good to be mindful that many parts of the world will not be joining us in that for some time, and there are steps that can and should be taken to help them out.