Is the Day of Silence Being Silenced? 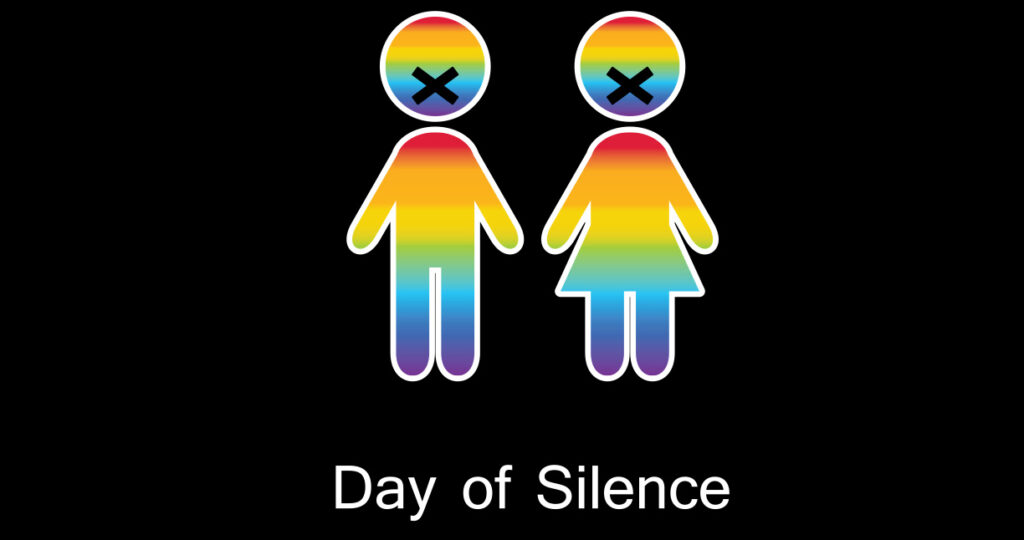 High school was only a mere five years ago for me, but it feels like a distant memory. I remember running track after school every day, eating spicy chicken patties for lunch, and always being late to my first period history class. However, each year, there was always one day in particular that stood out in my memory: a day when no one would speak. Students would sit in class and not say a word to each other, which was strange since 1st period was often as loud as a sporting event. This day I’m referring to is the Day of Silence, a nationwide initiative that aims to create awareness of bullying and persecution targeted towards the LGBTQIA community.

The Day of Silence was created in 1996 by Maria Pulzetti, a student at the University of Virginia. What started as a campus-run program turned into an event celebrated nationwide. Although it first started off at a college campus, its sights have shifted more toward younger audiences in middle and high school. This day allows for those who are members of the LGBTQIA community to have a way to make a statement and to create conversations within their schools. Those partaking in the Day of Silence can use a card when prompted to speak, which often reads, “Please understand my reasons for not speaking today. I am participating in the Day of Silence faced by lesbian, gay, bisexual, and transgendered people and their allies”.

Day of Silence typically falls on April 23rd every year, but in 2020, it had to shift its agenda to an online approach. The lack of in-person classes throughout the 2020 school year created a barrier for the students, both socially and educationally. I wanted to know how and if the pandemic affected the Day of Silence, and now that students are back in school, how they plan to approach it this year.

Marie Michael-Rogers, a student social worker at Manchester High School, works with students in planning the Day of Silence. This year, she is working on how to approach the event in the midst of a hybrid learning schedule.

“We are trying to figure out how to exactly do it this year. These classes make a difference on how school is run right now,” Michael-Rogers said.

Most of the students that Michael-Rogers works with are members of the Gay Straight Alliance for Everyone (GSAFE), and to better meet the needs of those that are also distant learners, she has had to work to create a plan that would allow all to participate in the planning and day-off aspects of the event.

A year ago, this event wasn’t on any staff’s mind. “We abruptly shut down in March and started to contact students in the beginning of April, so this event wasn’t really on our radar. It was a matter of getting our kids engaged and back in school so they could complete the school year,” Michael-Rogers said.

Grace Reid, a student at Manchester High School, spoke about the impact of not having a Day of Silence last year. “I personally didn’t find it impacting me, but for a lot of people it’s a very important day for them. They’ll put tape over their mouth as an expression and recruit others to participate. Some people hold this very close to their heart,” Reid said.

While this is a crucial event, students are often required to have their classes in order before working on any extracurriculars. With the lack of an event last year and the hybrid classes this year, is the Day of Silence being silenced?

“Yes, I feel so. The message will not be as public for others to see or consider in our current hybrid schooling. I’m sure the students can stay silent in their remote classes, but it won’t have the same impact as the physical student in the classroom,” Michael-Rogers said.

In addition, students have felt the impact of having to plan for yet another modified Day of Silence. “Missing something like that really dampens the impact on the message we are trying to send,” Reid said. It’s crucial that these messages are sent to the student population, especially when so many feel out of place. Nationally, almost 60% of students feel unsafe at school due to their sexual orientation, and more than 70% of students experienced some kind of verbal harassment. Without a safe way for them to express how they feel, the issues will not properly be addressed.

What the Day of Silence represents is more than holding back on a conversation; it’s about making a statement within your environment. This can become lost when meeting virtually, where online participation is already suffering. It’s no anomaly that sometimes people cannot participate in online classes, from technical difficulties to a lack of motivation. Those who choose to make their physical appearance seen will not be able to effectively do so again this year.

Can those outside of school be allies? Of course! The simplest way to be an ally is to honor the nature of the event.

“Be respectful of it. In the past we’ve written in the school newsletter about the Day of Silence being celebrated and I’ve received some pretty negative phone calls from people in the community. Instead of calling in negatively, give support to the kids and encourage them that they are doing something responsible” Michael-Rogers said.

In addition, local businesses can serve as an important ally by encouraging the Day of Silence cause, breaking the silence after the school bell sounds (typically around 2 PM).

Looking to be an ally? Here are some simple ways you can help the cause: