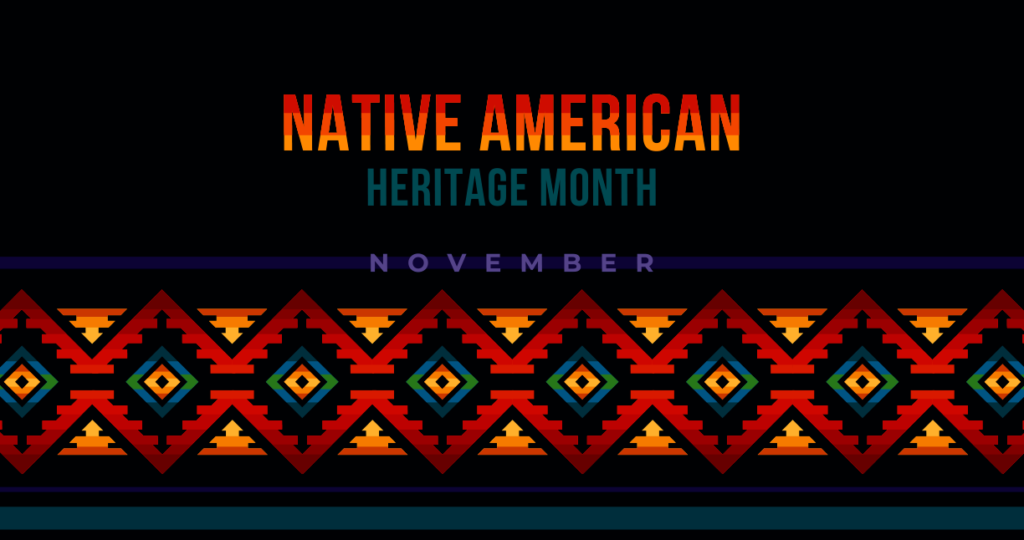 November marks the federal recognition of Native American Heritage month across the United States. While Native and Indigenous people have inhabited North America for millenia, long before the borders that divide states and even countries. Before the European colonization of the Americas began in the late 1400’s, Indigenous peoples thrived with populations in the tens of millions throughout communities that stretched from the far north of modern day Canada to the southernmost points of South America.

With such a long history, a connection of peoples to places, and a rich diversity of culture and identity stretching thousands of miles and intertwined in nearly every imaginable landscape, it would seem nearly impossible that almost universally the biggest issue facing native peoples is visibility or, better yet the lack of visibility. This includes protections under federal law they historically receive from government agencies and the public at large.

For most non-Native Americans, the imagery largely associated with the indigenous peoples of North America brings to mind a landscape of the great plains, or the sprawling deserts of the “old west”, a group of people living close to the land in harmony with nature, a monolith from a movie scene perpetually set in the late 19th century. This familiar if not highly generalized, and more accurately incomplete depiction of indigenous people throughout the modern era does not only serve to reinforce common stereotypes, but furthermore limits the scale and scope of indigenous contributions to a relic of a bygone era, rarely making note of the continued contribution of native peoples today.

According to the National Congress of American Indians 2019 report “Becoming Visible,” more than 87% of state educational history standards do not require the teaching of Native American history after the year 1900. The problems attributed to this wildly underrepresented and incomplete story of history are obvious and many. Given that most people do not engage with native peoples on a regular basis means that there is little or no opportunity for personal lived experience to contradict the stereotypes perpetuated by historical reports and reinforced by the void of factual information and representation over the last century. As a result, for many if not most students, the representation of Native and Indigenous peoples is either that of a long since deceased historical figure, peoples who are poor, uneducated or addicted.

As a result of the lack of education into modern Native American history, non-Natives are unsurprisingly woefully out of touch with not only the contributions of Native and Indigenous peoples, but more troubling they are more likely to be unaware of the modern issues that face Native peoples all together.

According to Crystal EchoHawk, a member of the Pawnee Nation of Oklahoma and the President and CEO of “Iluminative” a non-profit organization whose mission is to illuminate the vibrancy and importance of Native voices, stories, and issues in media, pop culture, K-12 education and other key sectors and to challenge the invisibility and negative narratives about Native peoples, the federal government recognizes more than 550 native nations all of which have their own unique culture, heritage, and stories. However, even with the vast amount of historical, archeological and anthropological information that we do have about indigenous people right here on the North American continent, as many as 75% of Americans admit to knowing little to nothing about Native American history.

It is figures like this one that represent the largest threat to the future prosperity of Native people and the continuation of their culture and legacy. The truth is that Native peoples do exist, and the future of Native Nations and the people who claim them as their own are greatly affected by the perceptions of non-Natives. Native Americans are without question the most impoverished minority community in the United States, disproportionately affected by lack of access to education, cultural discrimination, and suffering from suicide rates and alcohol-related health issues that far exceed those of any other marginalized community.

As is the case with nearly all systemic inequalities facing our modern society, the issues facing Native and Indigenous peoples will undoubtedly take time to be resolved. However the problem with the march towards any meaningful resolution is that it is a slow one, and it will require generations of advocates, educators, and policy makers to address more than a century’s worth of misrepresentation, misinformation, and discrimination.

Though as we embark on what is sure to be generational work, there is an opportunity to grow as individuals, and to begin taking the initial steps toward wanting to see what for too long has been “invisible”. As is the case with many causes worth supporting, one of the most effective ways to get involved is to be a vocal supporter of policies and procedures that elevate the voice and ideas of the marginalized people by electing diverse representatives into government and positions of power. This is particularly timely as we rapidly approach the primary election season which will have impacts on this and other issues affecting marginalized communities at both the state and federal levels.

For ways to continue your personal education and growth on the history of native and indigenous people consider utilizing some of the following resources throughout this Native American Heritage Month and every month: