A Celebration of Hope & Heritage 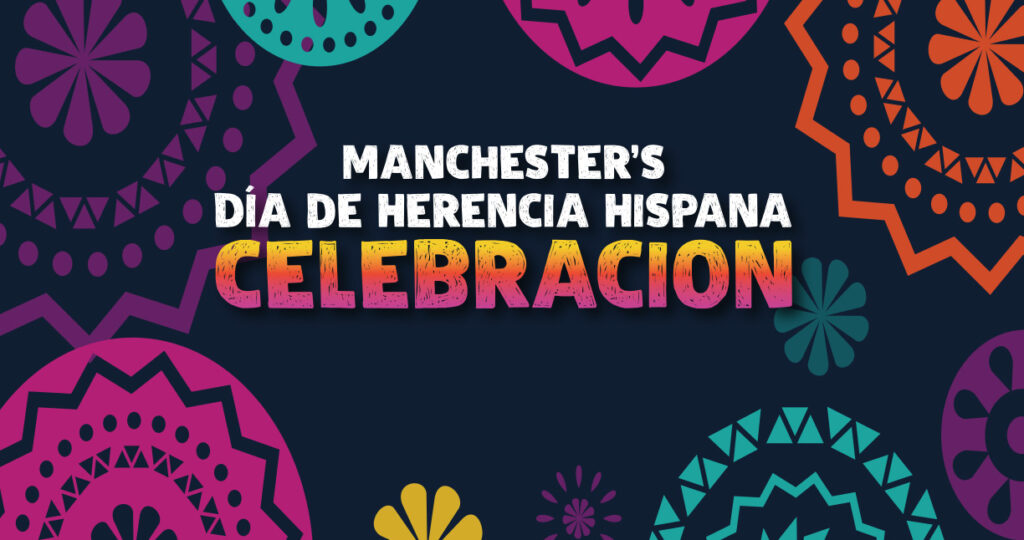 September 15th marks the start of Hispanic Heritage Month across the nation, a celebration in recognition of the contributions to society, and culture of the more than 62 million Americans who claim Hispanic heritage. The month-long celebration will engage communities across the country. The Town of Manchester will play host to one of those celebrations. Here is what you need to know ahead of the upcoming festivities.

“My hope for our second annual Hispanic Heritage Celebration in Manchester is to invite and encourage the “Hispanic” community to come together and reflect on the service and contributions that our local “Hispanic” advocates and leaders have made to improve their quality of life.”

Hispanic Heritage has been federally recognized since former President Lyndon Johnson established Hispanic Heritage Week in 1968. It would be another twenty years until the celebration was extended to its current month-long status from September 15th through the 15th of October under Public Law 100-402 on August 17th, 1988 under President Reagan.

In the weeks leading up to, and, most certainly, during the officially recognized Hispanic Heritage Month celebrations, you will undoubtedly hear and see the terms “Hispanic” and “Latino(a)” used interchangeably, and while the historical contributions and continued work of both Hispanic and Latino(a) persons in the United States are immeasurable in their significance, there are clear distinctions between the two.

While Hispanic is a term used to describe a person who is descendent from a Spanish-speaking country, including the 25 Hispanic nations of Latin America (Brazil is considered a Latino(a) country due to its location in South America, however as Portuguese is the primary language spoken it is not considered to be a Hispanic nation), Latino(a) specifically refers to an individual from Latin America or as a descendant of a Latin American country. So while a person who comes from Spain is considered Hispanic, they would not be considered Latino(a), just as an individual of Brazilian descent could be considered Latino(a), but not Hispanic.

These distinctions are important to identify because of the overwhelming diversity of culture, lived experience, and, increasingly, the global socio-political influences across the Hispanic and Latino(a) landscape. Nationally, those claiming at least some percentage of Hispanic or Latino(a) heritage account for nearly 20% of the total population as compared to just under 15% locally according to the most recent U.S. Census Bureau Data, while representation among elected officials remains woefully inadequate at around just 1.5% nationally.

While more recent high-profile appointments at the federal level have been a welcome move in the right direction (CT native and former CT Commissioner of Education Miguel Cardona was appointed to the post of U.S. Secretary of Education in March of 2021), communities respond strongest to action at the local level, and which benefits them directly. Town of Manchester resident and Board of Directors member Jessee Muniz-Poland is one of many spearheading the current charge.

“I’m a strong believer that you can’t put proper policies in place if you don’t know what the struggles are in your communities. I am very aware that I sit in a place of privilege that was created for people like me and it is my duty and responsibility, as an advocate and member of the Board of Directors”

Director Muniz-Poland also stresses the importance for elected officials to encourage the engagement and participation of a broad cross-section of the community in dialogue that celebrates and educates on the life and experience of traditionally underrepresented populations, noting

“Especially during this time, unity is of the highest priority. Not only unity among latino/x and Hispanic members of our community but unity regardless of someone’s heritage, race, religion, gender, or identity.”

The Manchester Latino Affairs Council and their community partners welcome community members of all heritages and backgrounds to join them for a celebration of hope on Saturday, September 24th at the Leisure Labs at Mahoney Center located at 110 Cedar Street. The event will run rain or shine from 11 AM-3 PM and feature live music, dancing, food trucks, a resource and cultural market, and fun for the entire family.

For questions regarding this event, please contact the Department of Leisure, Family, and Recreation at 860-647-3084.