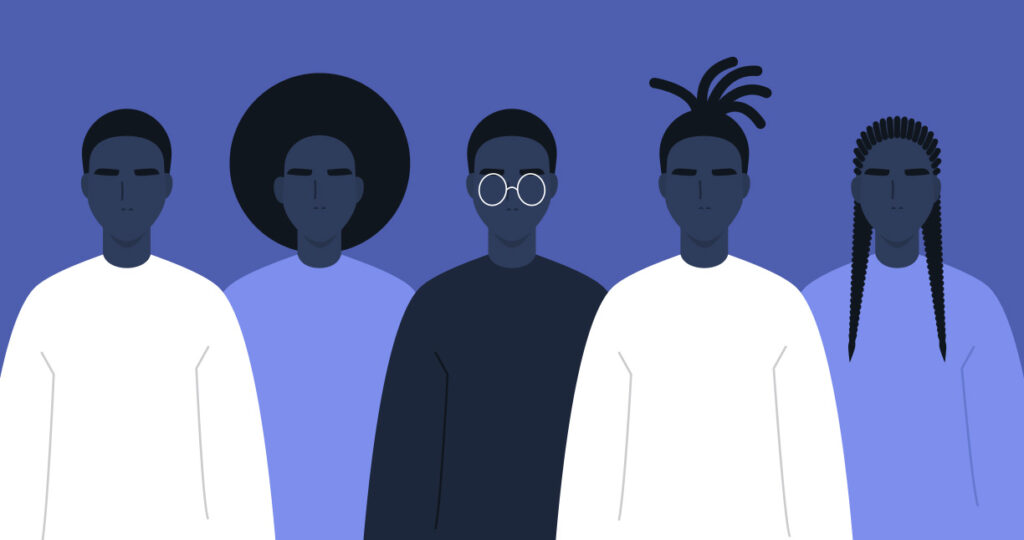 “What’s the difference between Hollywood characters and my characters? Mine are real.”

This quote, that of Academy Award-winning writer and director Spike Lee, speaks to the social capabilities of art. Whether it be film, music, dance, or other traditional or nontraditional forms, art is a manner of expression, one that allows its artist to not only represent themselves but any and all communities that they belong to.

As the modern cultural consumption of art and media (hopefully) continues to grow past what media conglomerates or Hollywood gatekeepers deem worthy, so should the attention and dollar of the media-consuming public evolve as well, particularly towards artists who have been historically silenced, marginalized or underrepresented.

With this in mind, the following media guide compiles resources and reading materials related to black-created film, music, and visual arts. Whether as a complexly-structured social commentary or as a form of mass entertainment (or in many cases, both of these), the following guide hopes to spotlight many of the former & modern Black voices that have come to define America’s rich, complicated artistic output.

“Black Lives Matter, and art has a role to play in centering and celebrating the experiences of black people. These films focus on the dreams, struggles, desires, and art of black characters and real-life subjects. From rediscovered gems by mavericks of early African American cinema like Oscar Micheaux and Spencer Williams to independent-film landmarks by Charles Burnett and Julie Dash to documentary portraits of black artists by white filmmakers Les Blank and Shirley Clarke to innovative contemporary work by Khalik Allah, these films offer an invitation to reflect on the resilience and creativity of black individuals and communities in the United States and beyond.”

“It has now been 50 years since Angela Davis’ imprisonment, and cinema’s relationship to Black radical politics has gotten both more elaborate and more contentious. American filmmakers now have more options to depict radical themes in their works, and Black filmmakers, in particular, have a bigger opportunity than they ever have before to make their voices and perspectives heard.”

“Black Film Archive celebrates the rich, abundant history of Black cinema. We are an evolving archive dedicated to making historically and culturally significant films made from 1915 to 1979 about Black people accessible through a streaming guide with cultural context.”

“Calls for greater inclusion in Hollywood have been at the forefront of recent cultural conversations, after decades upon decade of resistance to change. But even as the barriers to entry have been great and opportunities for Black filmmakers less available due to the larger forces of systemic racism, Black artists have [always] been created remarkable and culturally significant work…With this rich history in mind, TIME asked 14 Black directors to share the works of Black filmmakers that have most influences their own movies and careers.”

“In this Coffee Talk, Film Independent welcomes a panel of Black film critics and entertainment journalists to talk about Hollywood, race, film criticism, the media, and much, much more.”

The Vitality of Black Criticism
By Daphne A. Brooks, New York Times

“Before his death, Greg Tate spoke with four other critics at the Pop Conference about the need for Black writers to face down racist institutions and take the lead in cultural conversations.”

“The Only Black Woman in the Room”: Black Female Rock Journalists Share Their Experiences
By Jordannah Elizabeth, LA Weekly

“The scarcity of black women in music journalism and arts criticism is a topic of conversation that is seldom addressed. Being a black female journalist covering rock music, in particular, is a career that takes patience, passion, and stamina in order to ignore the loneliness and cultural isolation that can come with the job…Recently, I spoke with three other black female rock journalists about their experiences and their careers: what attracted them to rock from a young age, and what drives them to continue to write about it.”

The Music Industry Was Built on Racism. Changing It Will Take More Than Donations.
By Elias Leight

“Amid nationwide protests over the death of George Floyd in Minneapolis, record labels decided to use Tuesday for a rare industry-wide reckoning. Two related conversations have unfolded in parallel. First, can the music industry use its vast resources and wide influence to help reduce police brutality and combat system racism? Second, can the music industry finally face down its own history of racism and build a more equitable future?”

“Throughout this country’s history, black Americans have been reminded near daily that this remains true — both literally and more obliquely. In creative fields, for instance, from the visual arts to theater, the white gaze has long determined whose stories are told — what gets to be seen, what’s given value, and what’s deemed worthy enough to be recorded and remembered — enforcing a seemingly immovable standard by which black artists and other artists of color are nearly always cast in supporting roles to the mostly white stars of the Western canon.”

“Today, though, many black artists are actively resisting that idea, creating work that speaks directly to a black audience, a black gaze, in order to reform the often whitewashed realms in which they practice.”

Black Americans in the Visual Arts: A Survey of Bibliographic Materials and Research Resources
Artforum

“All too often, a major problem also lies in the identification of just who is a black artist. Setting aside the various personal positions taken by individual black artists, the question of one’s race does become important given the black’s ambiguous and infrequent appearance on the American art scene. So, for historical reference, this identification is vital.”

“All too often, a major problem also lies in the identification of just who is a black artist. Setting aside the various personal positions taken by individual black artists, the question of one’s race does become important given the black’s ambiguous and infrequent appearance on the American art scene. So, for historical reference, this identification is vital.”

“In 2018, Ohio’s state capital hosted a citywide festival commemorating the Harlem Renaissance. Scholars and historians participated in forums on the movement’s impact. Spoken-word and mixed-media artists local to Ohio or from Harlem gave performances, and the Columbus Museum of Art mounted a centenary retrospective. I, Too, Sing America: The Harlem Renaissance at 100 gave visual artists from the Harlem Renaissance as well as their immediate successors the kind of close reading the period’s literary artists had long enjoyed.”