Being an Ally and a Parent 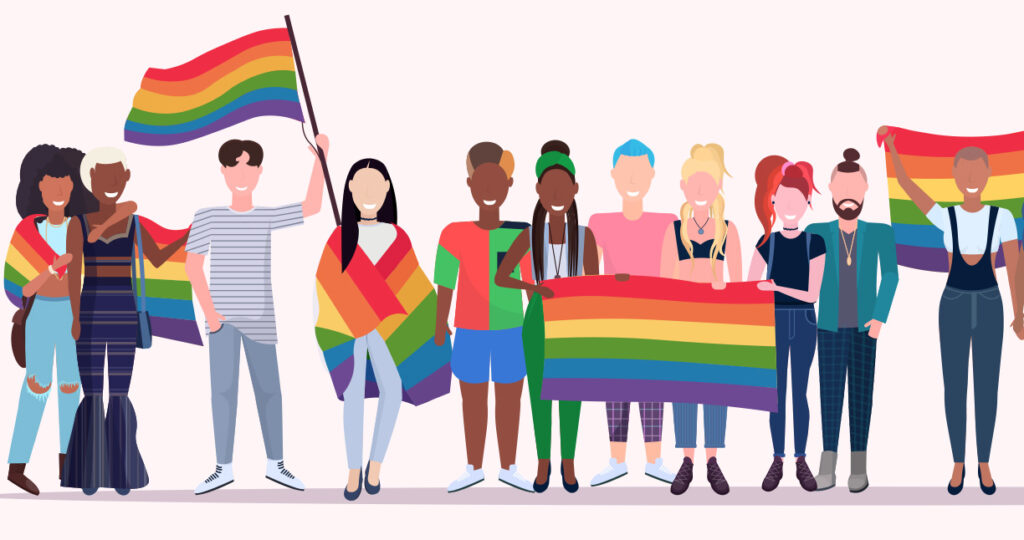 As LGBTQ+ History Month draws to a close, it is important to know how you can be an ally to the community in the future, especially as a parent. We spoke to Lindsey Pasquale on National Coming Out Day on October 11th about some of the ways that allies and parents can support LGBTQ individuals coming out and living their lives.

Pasquale is the treasurer of Hartford PFLAG and was recently appointed Northeast Regional Director for PFLAG National, covering all the states in New England. PFLAG is the largest family and ally organization in the country.

According to the PFLAG’s Guide to Being a Straight Ally, “ally” is “a term typically used to describe someone who does not identify as LGBTQ+ but who Is supportive of LGBTQ+ equality in its many forms and through a wide variety of different expressions, both personal and private.” There are many ways to be an ally to the LGBTQ+ community—there is no set criteria, which is why PFLAG conceives of it as a spectrum across which there are varying degrees of involvement.

“From an ally standpoint, I suppose the most important thing is do a lot of listening,” Pasquale said.

Listening is especially important during the coming out process. A question often asked of individuals coming out is “Are you sure?” which can come across as dismissive. The decision to come out is not taken lightly, and Pasquale recommends being present and listening to the other person rather than making judgments.

“Any time someone has come out to somebody as LGBTQ, anywhere, any identity whether it’s a sexual identity or a gender identity, they’ve thought about it from a thousand different angles for a long period of time before they’ve gotten to the point where they’ve said that out loud to another person,” they said. “So, if somebody has said that out loud to you as an ally or someone that’s potentially an ally, there some amount of trust in that.”

“The most important part of being an ally is when the LGBTQ person you know isn’t even around,” Pasquale said. “The things that you hear, someone saying something that’s particularly homophobic or transphobic, or for social media if somebody has written that on their wall. And what is it that you’re going to do in those situations? Do you say something? That’s being an ally.”

Other people stepping forward in those scenarios helps lighten the burden on those in the LGBTQ+ community, as well as lets them know that they are not alone in their efforts to fight homophobia and transphobia.

“It can be really tiring,” Pasquale said. “I am a trans and non-binary person, and you know it can be tiring somedays, and sometimes it’s nice when somebody else can step into that breach and say something so that queer people don’t have to do all heavy lifting.”

The role of the parent is crucial in being an ally, and how parents respond to their child coming out and being who they are can have immense effects on how their child thinks they will be perceived in the world.

“From the child’s standpoint, that parent is their world, and if they can’t find acceptance inside the four walls of their own house then it’s a little scary sometimes to think about how you might be accepted outside those four walls,” they said. “Your parent should be your best-case scenario.”

According to a study done by the Family Acceptance Project at San Francisco State University, there is a clear link between family attitudes toward LGBTQ+ children and their health in adulthood. The study found that “specific parental and caregiver behaviors—such as advocating for their children when they are mistreated because of their LGBT identity or supporting their gender expression—protect against depression, substance abuse, suicidal thoughts and suicide attempts in early childhood.” Acceptance by parents and family members also led to increased self-esteem and general health compared to LGBTQ+ individuals who did not get the same level of support.

“So for any parent that’s out there, understand that from your child’s point of view you may be the first person that they’ve told, and they’re going to gauge how their acceptance in the world is going to be by your reaction, and you’ve got one shot to give that first impression,” Pasquale said.

Pasquale recommends that parents with reservations or concerns about their child coming out first do some research of their own independently rather than bringing their concerns up immediately. The internet has a wide array of resources for parents to explore, with a selected few to be found at the end of this article.

“When you’re in front of your child be fully supportive. Be present. Listen to what they’re telling you. Don’t dismiss it,” Pasquale said.

Similarly to one asking someone who has come out if they are sure, ‘What if it’s just a phase?’ is a common question that parents will ask their children that have come out to them.

“Maybe it is. So what’s the worst that can happen if you go along and be present and tell your child you love and accept them? Where is the harm?” Pasquale said. “Most of the time, it’s not a phase, by the way.”

With the large amount of trust involved in coming out to someone, being an ally means respecting an individual’s right to have control over their story and who they tell.

“If your child’s come out to you, and they’re not comfortable being out with anybody else, then you’ve got to keep their secret. You don’t get to tell people who they are; that’s their story. Especially if you’ve been specifically told that it’s not for sharing, then it’s not for sharing.”

Each person is different and faces different challenges in their attempt to be who they are, which affects when and where they are comfortable coming out.

Coming out can have serious consequences for individuals, Pasquale said, further highlighting the importance of respecting the trust and confidence of a person that has come out to you. They may have a lot of fears about coming out—for their safety, for their ability to gain or keep employment and housing or to maintain their relationships. The issue of keeping housing is especially important for kids and teens who don’t have the means yet to support themselves independently.

“For a younger person that isn’t self-sufficient yet, they’re dependent on their parents for housing. And sadly, there’s a lot of people out there that have been kicked out of houses. I’d like to think it doesn’t happen in Connecticut as much as other places, but I know it happens in Connecticut.”

According to a study done by Chapin Hall, a policy research institute at the University of Chicago, LGBTQ+ youth had a risk of experiencing homelessness 120% greater than those who identified as straight and cisgender, while True Colors United estimates that 40% of youths who are experiencing homelessness are LGBTQ+ despite making up only 7% percent of that population.

When an individual has come out as LGBTQ+ and is open about their identity, parents don’t need to immediately bring up their identity and their past.

“And if your child is out, and you’re introducing them to somebody else, and even if the child is comfortable with you talking about who they are, it’s not the first words out of your mouth when introducing them to somebody—‘Hi this is Stephen, he used to be Kim,’” Pasquale said. “You don’t need to layout that whole history. They are who they are now and you don’t need to go into their past and how they used to be referred to, how cute they looked in ponytails when they were in kindergarten. Be present with your child as they are now and who they’ve told you they are, and not who you previously thought there were before you know what you know now.”

PFLAG Hartford offers support groups in Manchester for both parents and LGBTQ+ individuals at the Youth Service Bureau. Peer-to-peer support groups can have an important impact, letting people know that they are not alone.

“I think that’s one of the things that’s most powerful about a peer-to-peer situation, is you’re hearing from people who’ve been in these places before,” Pasquale said. “And I think one of the things I got the most out of especially early on when I really needed the support, was understanding that there have been people that have been through these things before and some of the things I was going through I wasn’t alone in. It was a shared experience, and not just me in isolation kind of experience.”

Even though LGBTQ+ month is drawing to a close, the time to be a supportive ally to the LGBTQ+ community—as a friend or as a parent—is all year round. Allies can have a large impact in the fight against discrimination and injustice, and this article by no means contains all the ways that parents and allies can support LGBTQ+ individuals. Below are some resources for further knowledge: