Stop AAPI Hate: How You Can Be A Part of The Solution 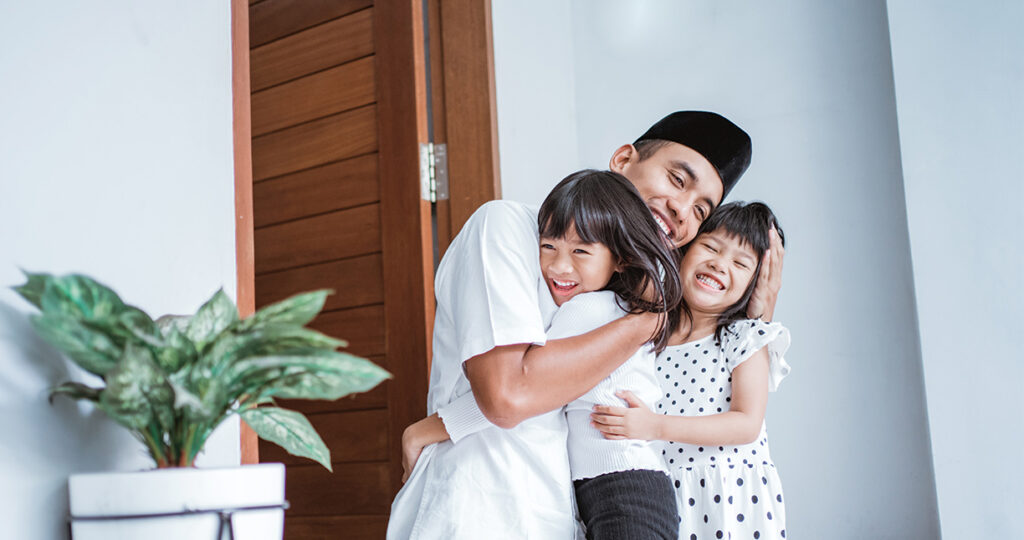 “Incredibly disheartening. Shocking to a degree.” These are the haunting words of Tam Vu, a University of Connecticut student and member of the Vietnamese Student Association, describing her emotions on the recent mass shooting in Atlanta, which took the lives of eight people, six of who were of Asian descent, according to USA Today.

USA Today reported that Long told police his sex addiction drove him to commit the crimes, and the Atlanta police were able to verify that Young had “frequented” the spas. However, The New York Times reported that many Asian American women believe that “racism and sexism have always been inextricably intertwined” within this case and in their daily life experiences. “For them, racism often takes the form of unwanted sexual come-ons, and sexual harassment is often overtly racist.”

One of the most prominent reasons that there has been an increase in incidents against the AAPI (Asian Americans and Pacific Islanders) community in the United States can be attributed to former President Trump’s false anti-Chinese rhetoric, including the use of terms such as “Chinese virus” and “Kung flu” to describe the coronavirus, according to the PBS NewsHour website. State Senator Saud Anwar (D-South Windsor) agrees with this statement.

“This is something that has resulted from the words and actions of our former president. Words matter, and he was able to direct the anger and the anxiety that people are feeling from the pandemic and direct them towards our Asian American community members across the country,” Anwar said.

Unfortunately, hate and discrimination against the AAPI community is nothing new and has happened throughout American history. Professor Guocun Yang, the Global Studies Department Chair of Manchester Community College, said: 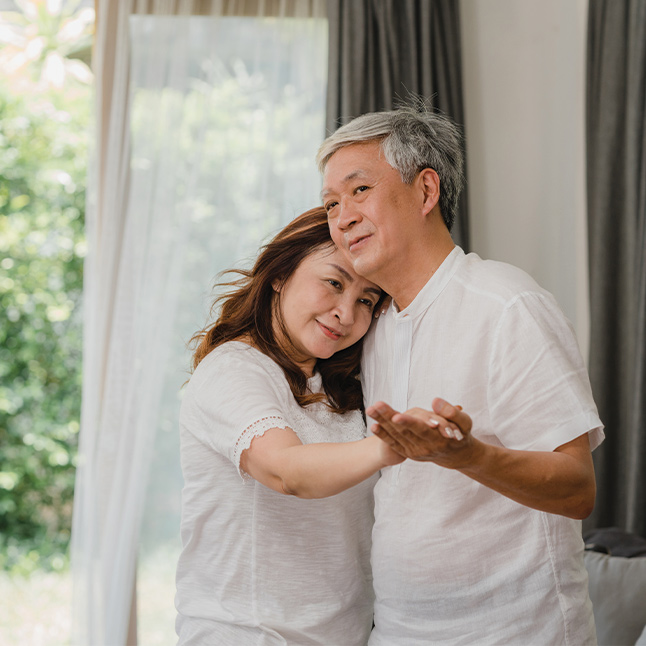 “Violent attacks against the Chinese goes back at least 150 years in the United States. Both the government and people have mistreated people of Chinese descent without justification and provocation. The infamous Chinese Exclusion Act uniquely singles out one ethnic group for the most unfair treatment, which last for six decades. At other times, there have been trumped-up charges against Chinese Americans as dangerous for national security. But the prejudice against Chinese Americans is part of the problems facing the minorities in American society. Until racism and prejudice in general decline, violent outbreaks against minorities will not abate.”

It seems that words do matter, as former President Trump’s words are causing irreparable harm throughout our country to the AAPI community, including in our state of Connecticut.  Stop AAPI Hate has been tracking the number of hate incidents against the AAPI community since March 19th, 2020. According to their national report, there have been 14 hate incidents that have been reported in Connecticut. 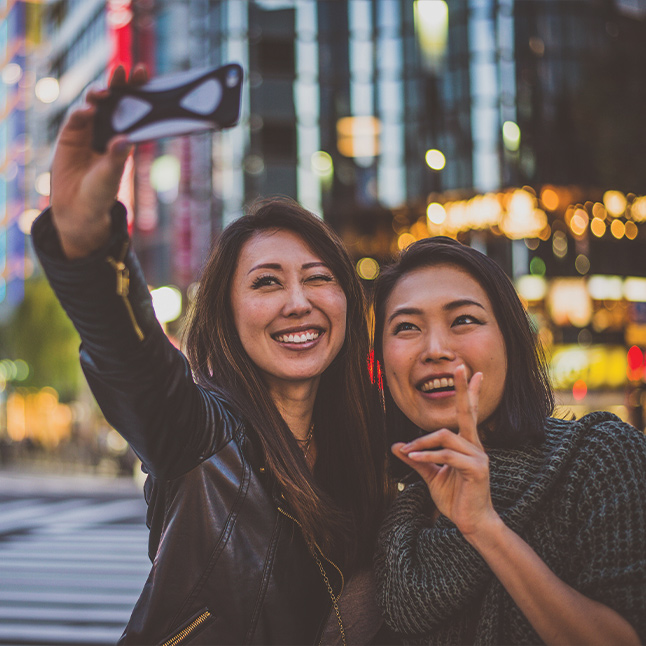 Vu discussed her experiences with microaggressions when socializing with others on campus. She has been asked questions such as “Do you eat rats? It’s a joke [to them], a causal way of starting a conversation with you.” For those who are unfamiliar with the term, Microaggressions are defined as “the everyday, subtle, intentional — and oftentimes unintentional — interactions or behaviors that communicate some sort of bias toward historically marginalized groups” such as the Black, Latinx, Asian American, LGBTQ communities and those with disabilities( among others), according to Kevin Nadal, a professor of psychology at John Jay College of Criminal Justice.

When it comes to the AAPI community, hearing questions such as “Do you eat rats?” or complementing someone on how well they speak English, assuming that this person was not born in the United States, are extremely hurtful and have lasting negative effects for the person on the receiving end, Napal says. Vu shared a recent racist experience about how her mother, who is a nurse, was asked by a patient “Are you a Chinese person who will bring the virus on me?” Vu went on to explain that her mother had to make the choice to be the bigger person and not respond or bring the incident home with her.

Another dangerous stereotype that the AAPI community suffers from is the “Model Minority Myth.” This myth is often used to prop up a minority group as extremely successful.  Harvard goes into more detail about this myth’s attachment to the AAPI community. “In particular, the model minority designation is often applied to Asian Americans, who, as a group, are often praised for apparent success across academic, economic, and cultural domains—successes typically offered in contrast to the perceived achievements of other racial groups.”

Activist Mike Keo explains more about the negative impact of the myth. “It is destructive, as a whole. It puts the AAPI community against other BIPOC groups,” (such as Black people, Indigenous people, and other people of color.) “Asians assimilated to survive – [the] closer [you are] to whiteness means that you have opportunities. Now this has been ripped away, due to COVID-19.”

Keo is working to break those negative narratives in Connecticut, as the founder of the #IAMNOTAVIRUS campaign. He says that the campaign utilizes art and photography to help AAPI community members to redefine themselves, to see themselves as part of the community, and to give them power to point out the racism they have experienced. Keo created this in 2020 as a response to seeing the AAPI community being used as a weapon for the coronavirus both in the media and through the personal experience of having a family member being accused of having COVID-19 based on her race, News 8 reported.

Recently, the UConn has given Keo the role of the Activist in Residence for their campus. Part of his role is working with the AAPI student population on campus, where he has worked with them in their process of wrestling to find the language to express racist experiences they have endured. Keo reported that many of the students are upset and angry about the recent uptick of hate incidents happening to the AAPI community. He also reported that his students have always felt marginalized, and that this is not a new feeling for them; COVID-19 has only magnified these feelings for them.

These feelings are not just being experienced by UConn’s AAPI students, but also from the AAPI community in Connecticut as a whole. Senator Anwar reports that he is very connected to the AAPI communities within his district and across the state, including refugee communities of Asian heritage that have made the state their home.

“They have all felt insecure; many of them have reached out to me about their concerns. It was important to stand up and make sure we have a clear message as people who are responsible, as legislators to have strategies to first make sure to protect our citizens, but also to help people become better educated about the fact that our Asian American community members are no different than anyone else. They are trying to make our society better, earn the best living that they can, and are also a part of the education and wellbeing of their own community and beyond,” Anwar said.

Senator Anwar reported that there are two bills currently in the Connecticut General Assembly that he is working on, both as a sponsor and co-sponsor.

The first bill is SB 122, which he is sponsoring. “This is a bill that is asking the state police to have their own force, which is going to look at organized hate groups or people who are essentially whatever reasons they do it, whether it’s based on an individual’s race, gender, or any other protected classes from the federal perspective,” Anwar said.

Another bill that he is co-sponsoring is SB 678, which “asks that section 10-16b of the general statutes be amended to include Asian Pacific American studies as part of the social studies curriculum for high school students in the public school curriculum,” according to The Hartford Courant.

Senator Anwar says the following about the relevance of this bill. “Having Asian / Pacific American curriculum options, just as I was a co-sponsor of the African and Puerto Rican education opportunity for our high school kids, we want to make sure there is a similar bill for Asian / Pacific American community for education and have the option of students to learn about the history of Asian Americans in the country and how they have been historically treated, and how they have contributed to the society.”

He also supports the Racism Is A Public Health Crisis campaign. “As a physician and as a person, I am hoping as a state, we do the right thing and start to undo the wrongs of our past. Now within those things, I am not defining any specific race, but I do feel that within the minority community are African American brothers and sisters, our Latino brothers and sisters are impacted, but also out Asian American brothers and sisters are impacted. With that in mind, I’m hoping to have a Truth and Reconciliation Commission. First, we have to declare that there is a problem, and then the second part is after declaration of the problem, we have a responsibility to undue that with the help of a commission with the people and experts in that commission who are going to work towards a solution and give recommendations to the policy makers in the coming months and years to working to fix what we have done wrong.”

Here are some tips to help us on the lifelong journey of allyship with the AAPI community.