$140 Million Project To Begin Next Spring

By now almost all of Manchester’s residents (and residents of others towns) have heard the news of the town approving a plan to develop the blighted Broad Street Parkade.  Manchester Board of Directors made the decision unanimously in early August.

Manchester Parkade 1 LLC is the developer of the 23 acre area.  Total construction will cost $140 million and include 480 apartments, a 120 room hotel, retail stores, offices, greenway that connects to the town greenway, and a renewable energy microgrid.  The plan is set to be completed in three phases in a span of six years. 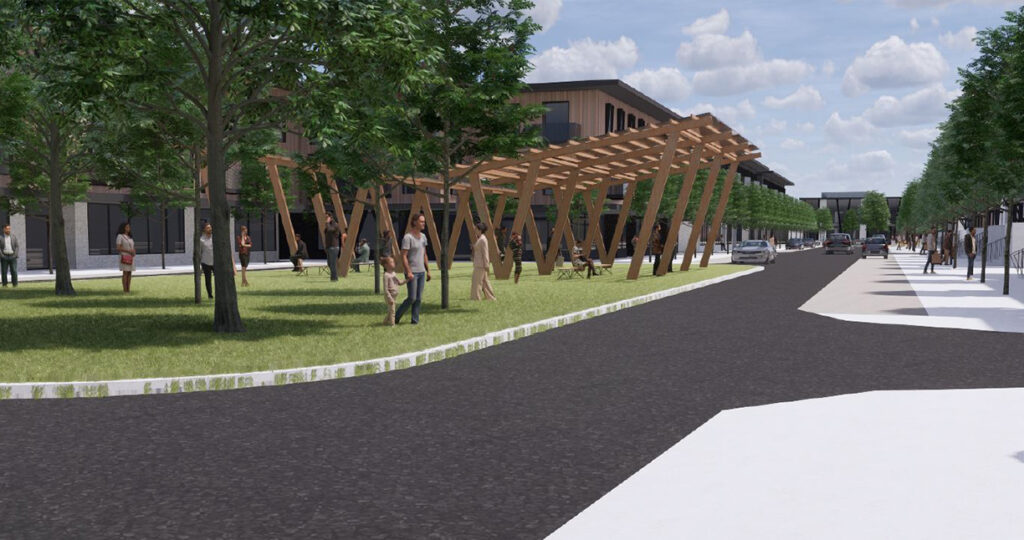 “This has been a true team effort. I would like to thank all the members of the Redevelopment Agency, the Board of Directors, and the staff for continuing to push this project forward”

To put the Parkade project in perspective, this will be Manchester’s largest single development ever – even larger that the Shoppes at Buckland Hills, if all goes as planned.

Construction for Phase I could is set to begin in spring 2021 and take two years to complete.  Phase I includes the project infrastructure and energy plant, office and retail space, and 198 apartments.

Could these be the set of plans that stick?  It looks promising to many including residents, business owners, and town officials. 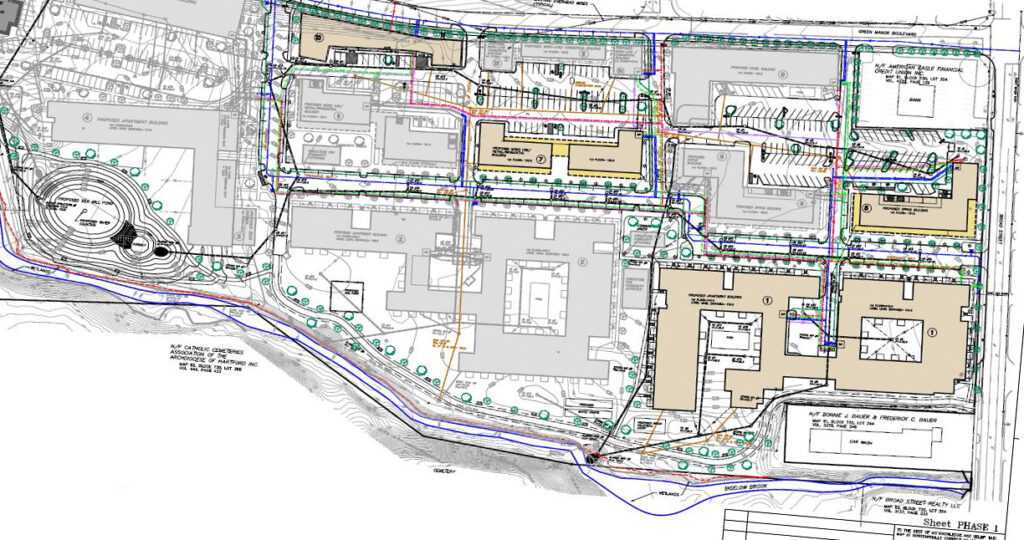 “There’s honestly, been one obstacle after another, lots of legal issues and other things that set us back. But it has been such a long time coming that it has remained a Board of Directors priority."

“We’ve been working on this for such a long time now. This has been town priority for over 10 years now,” said Gary Anderson, Director of Planning and Economic Development.

“There’s honestly, been one obstacle after another,” Anderson said.  “Lots of legal issues and other things that set us back.  But it has been such a long time coming that it has remained a Board of Directors priority.”

Anderson gives credit to not only to the Board of Directors and the Redevelopment Agency who wrote the town’s redevelopment plan.  Both groups kept the town’s best interest in mind.  Manchester Parkade I LLC gave them what they wanted.

This is the furthest development plans have ever gotten for the Parkade. This is the second proposal sent out.  The first was over six years ago.

“We think we’ve provided the developer every opportunity to be successful.  The town has done that, the agreement reflects that,” Anderson said.  “Now it’s on them to execute.”

“[Two years ago] The Town purchased a piece of land and Green Manor Boulevard from the owner of the other Parkade [shopping center].  It took a while for the bank to release that mortgage,” Anderson said.

Contrary to comments on the “Manchester, Connecticut” Facebook group, the Town of Manchester never owned Green Manor Boulevard.  Some commenters blamed the town for the road’s less than desirable conditions.

Nature lovers can look forward to the development completing Bigelow Brook Greenway.  It will connect to the trails in Center Springs Park.

The plan is to also to have the development generate its’s own electricity and heat using the micorgrid with fuel cells and solar energy, Anderson said.

“It’s not something we anticipated but renewable energy is something that there’s a lot of interest in and we’re excited about that, too,” he added.

A few residents seemed reluctant when approached with the news of the development, thinking the “community within a community” would take away from Main St. and other areas in town.  Anderson said this is not the case.

“No, that’s not the intent, anyways.  The Town wants not only something that’s going generate tax revenue and be a cool spot on its own, but something that it’s a part of Manchester and benefits the whole community,” Anderson said confidently.

The proposed development would bring in millions in tax revenue, according to the Parakde development agreement.  Anderson said a tax abatement is in place to help make the development come to fruition.  A fiscal analysis of the project said “a 100 percent abatement in the first year of each phase critical to getting project off the ground.”

The business community in town would definitely benefit.  Phase I alone would generate 300 permanent jobs and over 300 construction jobs.  April DiFalco, president of the Greater Manchester of Commerce, was thrilled when she heard the news about the development moving forward.

“The project will create employment opportunities, and offer new businesses the option to get in on the ground floor of a newly built, environmentally friendly, walk-able atmosphere,” she said.

Anderson acknowledged that some residents have waited long time to have the Parkade space developed but he has faith in the process.

“We know there’s been a lot of challenges over the years,” he said.  “We hope that we’ve gotten to a place that to place where the result can be something the community can be proud of.”

“The project will create employment opportunities, and offer new businesses the option to get in on the ground floor of a newly built, environmentally friendly, walk-able atmosphere” 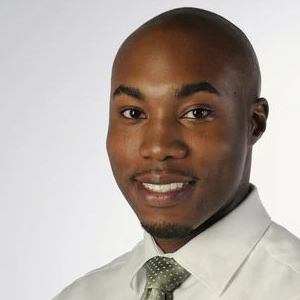 Quoron Walker is a well known name in the Manchester community. He is a former journalist for the Manchester edition of the Hartford Courant’s Courant Community newspaper. He currently works as the Communication & Development Coordinator for the Harriet Beecher Stowe Center and is a freelance writer.