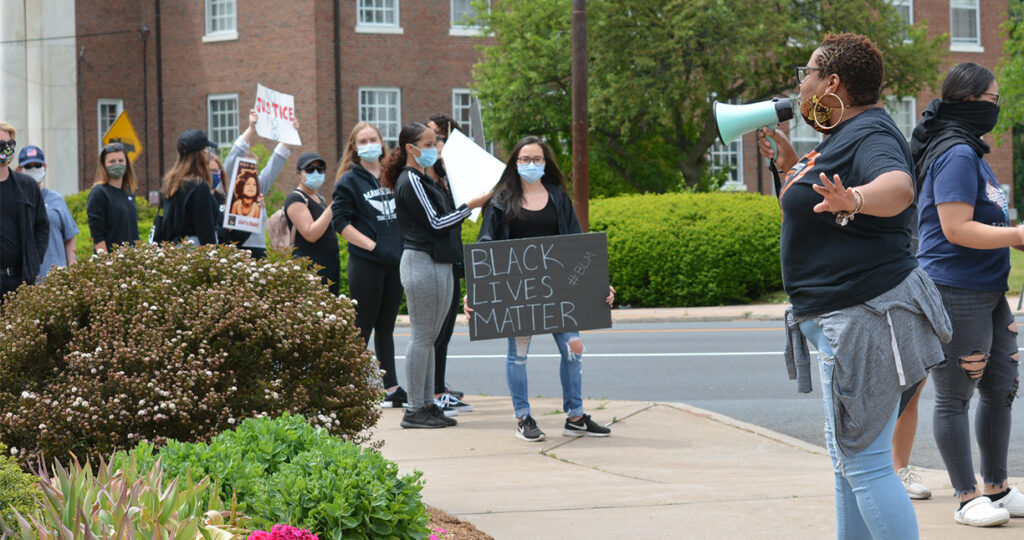 Protests in support of the Black Lives Matter Movement have taken place around the world, across the United States, and even Manchester, CT.  With protests appearing to have peaked on Juneteenth, what happens now?

Many businesses have declared their support for Black Lives Matter and made formal statements.  On June 2, social media users posted black squares to show solidarity for Blackout Tuesday.  Retailers have even profited by raising awareness selling Black Lives Matter merchandise.  While this is acceptable, there is more to be done.

“We get crumbs of solidarity, I want the loaf of bread,” said Keren Prescott, president and co-founder of POWER-UP Manchester.

"We get crumbs of solidarity, I want the loaf of bread." 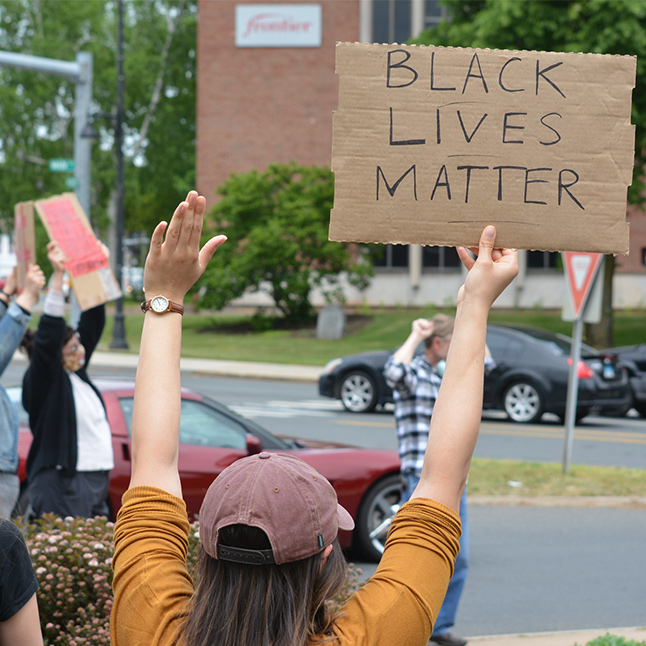 Prescott equated a crumb to painting “Black Lives Matter” on a street or taking down a flag or sculpture.

POWER-UP Manchester is a non-profit organization that educates citizens about racial disparities and advocates underrepresented individuals. The group is on the path to growing statewide.

“A lot of it is surface level stuff.  Like the NFL now singing the Black National Anthem or white people wearing Kente cloth,” said Ryan Parker, teacher, Manchester Public Schools.  I want to know the sustainable policy changes that can be maintained that will effect significant change.”

The biggest issue to examine that would have the largest impact is dismantling systemic racism.

Prescott plans on doing her part to attack systemic racism with POWER-UP.

Housing, education, healthcare, judicial and other systems will be broken down into committees and subgroups each run by a chair.  POWER-UP will then forward legislators suggestions and ideas of where to reallocate funds.

“We start by doing the research and find out where, specifically for our town, and look at why black people are being held back based on their color in these systems and what can be done about that,” the Manchester resident.

Prescott used education as an example and suggested more teachers of color be hired and also suggested anti-racism and cultural sensitivity training be mandatory for staff.

Consistently demanding change is key to continue to make change.

“We have to keep protesting to let our elected officials and the Town of Manchester know that there needs to be change because right now it’s all just been talk,” Prescott said.

Parker said there are three main levels of activism that anyone can fall under.

The first is self-activism which deals with your own emotional state and those close to you, the second is “sexy” activism which is more work of the work on the frontlines protesting and giving speeches while hold signs, and the third is the unseen “dirty” work behind the scenes.  Parker call this level the most necessary work.

“Mobilizing people in such a way that it effects policy.  Like the black women behind Martin Luther King Jr. making the pamphlets and organizing,” Parker said.

Prescott added the continued protesting will let local government and systems know that the bare minimum will not be accepted and it will alert racists that they will be held accountable for hate crimes.

“We will hold our police and judicial system accountable so they can charge you and arrest you,” Prescott said. 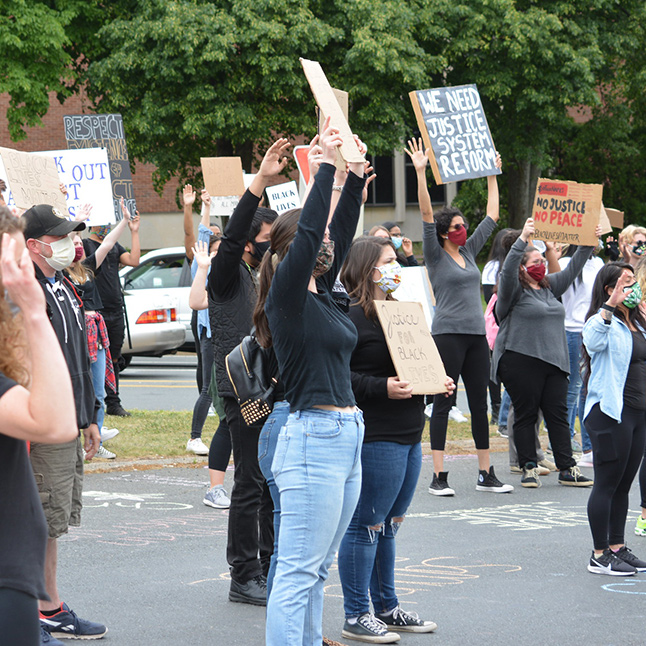 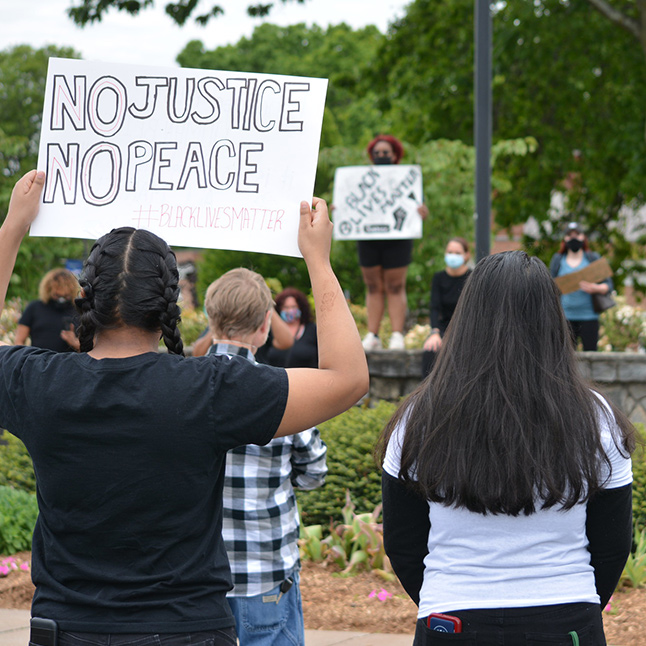 “What can I do?” is a question that many African Americans have been asked recently from their white counterparts who wish to not engage in racist behavior.  It is a question, in the age of Google that has become tiring.  There are a number of resources to help self-educate and learn about racism and how to be an anti-racist.

Being an anti-racist is much more than protesting, it is an intentional way of life.

She added that simply being aware of wait staff treating a black customer differently than you a restaurant can calling out the unfair treatment is a way to be an anti-racist.

“If you see something, say something,” Agnew said.

Agnew suggested that white people should expose themselves to more than people who look like them.  Interact with others to not be afraid of someone who does not look like you.

Racists are taught that African Americans are less than and that teaching has to be undone, she added.

“Know the true history of others, especially black people, or you’ll always see us as less than. Be informed,” she said. 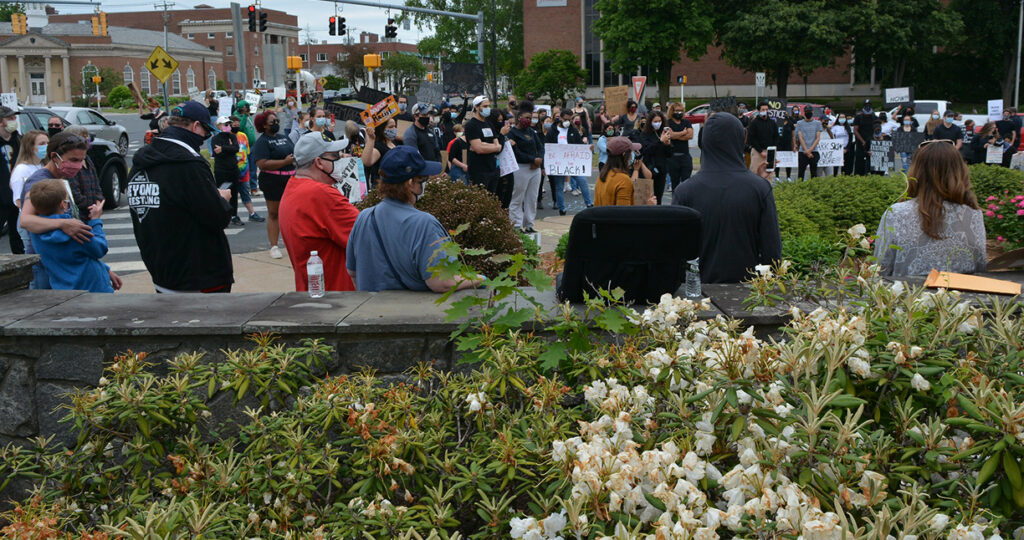