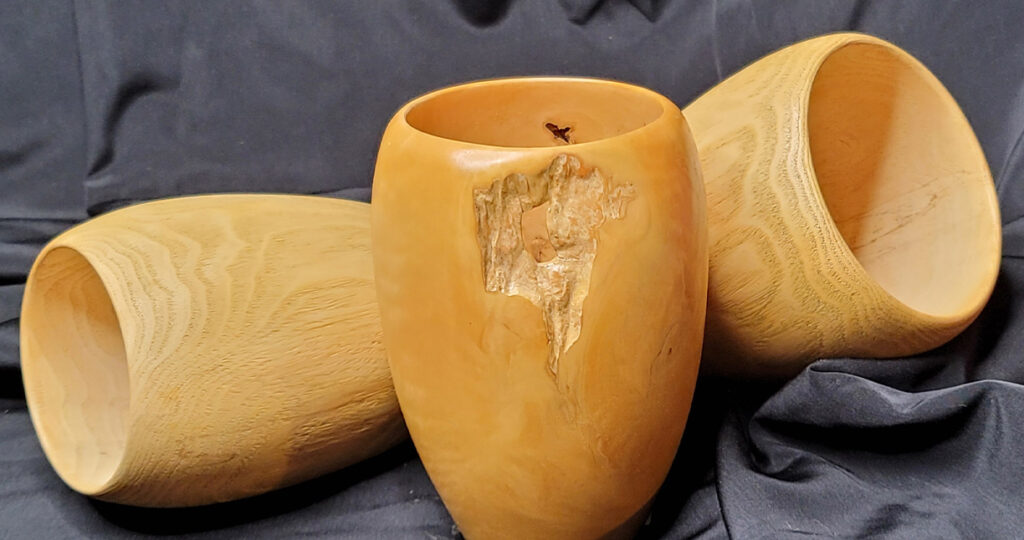 Rick Meier has been turning wood since 1998. The joy of turning comes from uncovering the natural beauty inside a piece of wood, enhancing that beauty by shaping the wood into a form pleasing to the eye. Rick specializes in turning momentos from that tree in the backyard that had to be taken down, preserving the family memories in a piece of art.

He has been a member of the Manchester Art Association, and the American Association of Woodturners (AAW), and has served as vice president of the Central Connecticut Woodturners (CCW).

As a member of CCW, Rick has turned for Mystic Seaport, creating parts for the Freedom ship Amistad, the whaling ship Charles W. Morgan and the fishing schooner L.A. Dunton. He has also turned numerous pieces from iroko wood scrap left over from the construction of the Amistad. Rick has donated these pieces to Amistad America to raise funds to build fish farms for the people of Sierra Leone, where the Amistad slaves were originally from.

In 2016, Rick was inducted into the Manchester Arts Commission Hall of Fame.

Visit the Tiny Gallery Wednesdays from 4:30-7:30 PM during the Northwest Park Farmers Market or by appointment.

Design, color, and all things creative are my passion. Through the lens of my Nikon, I see what others neglect and collect moments that pass way too fast. The world is my canvas and the sands of a beach
capture my heart.