The Continuing Fight Against Youth Homelessness 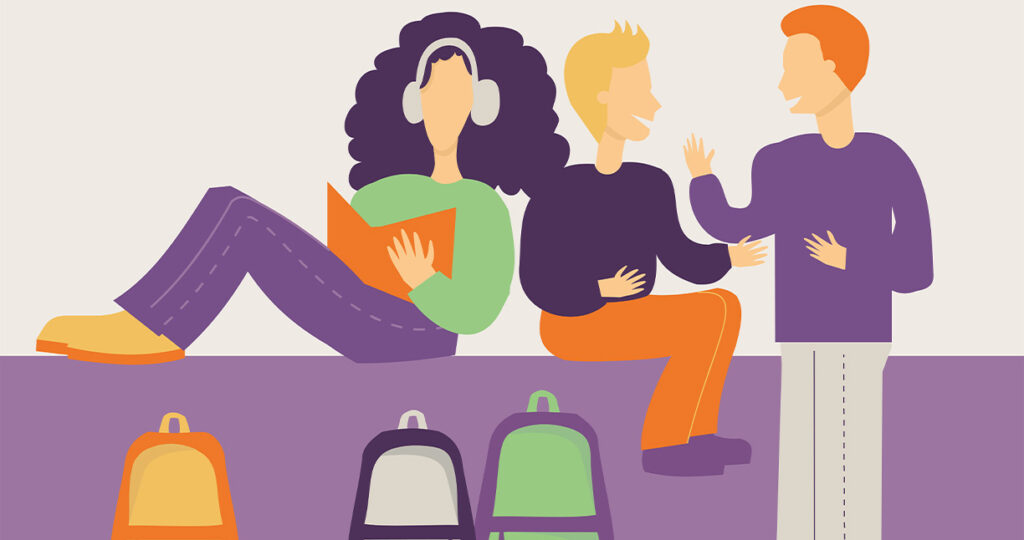 Within the state of Connecticut, thousands of minors struggle with homelessness and housing instability every year. The Connecticut Coalition to End Homelessness (CCEH) 2020 Youth Outreach & Count Report estimated there were 1748 unstably housed and 696 homeless children just between the ages of 13-17 alone in the state.

Beyond just the numbers, the problem of youth homelessness also disproportionately affects the LGBTQ+ community and communities of color. That CCEH report found that “Nearly half of the respondents struggling with housing are youth of color. Black and African Americans are 12.2% percent of the population of Connecticut…yet represent 31% of the homeless or unstably housed respondents,” while almost 1 in every 5 were a part of the LGBTQ+ community.

The causes of this problem are varied. According to National Conference of State Legislatures (NCSL), reports have identified “family conflict and family dynamics, a youth’s sexual orientation, sexual activity, school problems, pregnancy, and substance use as primary risk factors for youth homelessness.” Instability at home leaves youths searching for safe places to spend the night.

Right here in Manchester, efforts are being made to solve the problem of youth homelessness as a part of the broader state solution. A partnership between state and advocacy groups, including the Partnership for Strong Communities, the Center for Children’s Advocacy, the Connecticut Department of Housing, and others, has been setting up pilot teams to test methods for reducing youth homeless in the state. The first pilot was set up in the city of Stanford and is now up and running aiding those with housing instability. Now, a partnership of groups in Manchester is in the process of beginning a team of their own.

Manchester’s Homeless Minor’s Pilot Team is led by Heather Wlochowski, the Director of the Town of Manchester’s Youth Service Bureau, and Chris Venable of Journey Home. Further partners are the Bridge Family Center and the TLC Foundation, as well Senior Adult and Family Services and Human Services.

Wlochowski was approached to begin the team in May of 2020. She was initially unsure about taking the project on, thinking that there wasn’t as much of a need in Manchester for these resources as in larger cities like Stanford. But as she thought back on her work over the past 20 years, the instances where a coordinated network would have made an impact came to the fore.

“Slowly but surely, I started to come to the realization that ‘Wait, no, I think there are more than we actually realize,’” Wlochowski said. “So that was sort of the big thing that made it feel like so okay even if it’s one young person it’s going to be a valuable system put in place and helpful for resource providers as well.”

The basic process the pilot team will follow is identifying youth that is homeless, case conferencing with them, and providing them with a coordinated list of resources from a network of local partners the pilot team hopes to establish, providing things like crisis beds for a short-term stay until difficulties at home subside. Each part of that process, however, comes with complications.

The pilot team in Manchester is currently educating themselves on the facts and signs of Youth Homelessness, as youth homelessness can often be hard to identify and track.

“Oftentimes people, especially service providers, the schools, even just storeowners, may not even understand the idea that a homeless youth doesn’t mean that they’re sleeping on a park bench,” Wlochowski said. “It could be that they’re staying at a friend’s house for a short period of time, or they’re staying at several friends’ houses.”

Youth are often less likely to bring their situation to light to adults around them, often out of fear of the consequences, according to Stacey Violante Cote, a director at the Center for Children’s Advocacy and an advisor to Manchester’s pilot team.

To that end, the pilot team is working on a presentation for all those who might interface with homeless youth, including the police and fire departments, schools, librarians, and recreation directors, to identify the signs of homeless youth and how to talk with them about their problems. If recreation staff spot a youth still hanging around as they close up the space, the pilot team wants them to know how to engage with the youth to see if they are in need.

Once a youth has been identified as homeless or facing housing insecurity, there needs to be a coordinated network that can provide the youth with all the options of resources that are available in one place, all in a way that hasn’t been done before. Doing so involves opening lines of communication between resource providers so that youths already facing the challenges of housing insecurity don’t then have to navigate how to find help.

“I think what’s been the past practice, across the state, is that organizations knew a lot about what they did and then there were referrals that might be made, but not everybody coming together in a coordinated fashion around a particular young person,” Violante Cote said.

“This work together is to coordinate those resources, so that when a young person does present to any of the services available, folks can come together, do a quick case conference to say ‘My organization can provide this, and my organization can provide this,’” she said. “That could be coupled with some of the other resources that might be available in town, and then presented to the young person, and the young person would have the opportunity to say ‘I think that’s going to be helpful for me, I think that would be helpful, this is not what I need right now,’ picking and choosing from the available resources.”

“Part of what we know about minors experiencing homelessness is that a lot of times the cause can be family conflict.” she said. “Whether the conflict is coming out of a young person who’s recently come out to their family, or the conflict is coming from some other issue in the family, whether its behavioral on the part of the young person or behavioral on the part of the parent, or substance use by somebody, having some family mediation services is what we think is a piece of the puzzle.”

Often, however, those resources aren’t available or aren’t available in enough numbers, and part of the pilot team’s role is to find those areas where more is needed. The problem of youth homelessness continues, and greater and innovative efforts are needed, especially for those communities disproportionately affected.

“So in that process…is for us also to identify what are the gaps. There’s not a lot of resources for young people without their parents’ permission to access resources,” Wlochowski said. “There aren’t shelters, there aren’t homes, things like that that are easily accessible. And so that information that we gather then we would carry back in a sense to the state, at the state level, to make them realize that there is an issue, that we need resources, and here are some of the solutions we can come up with.”