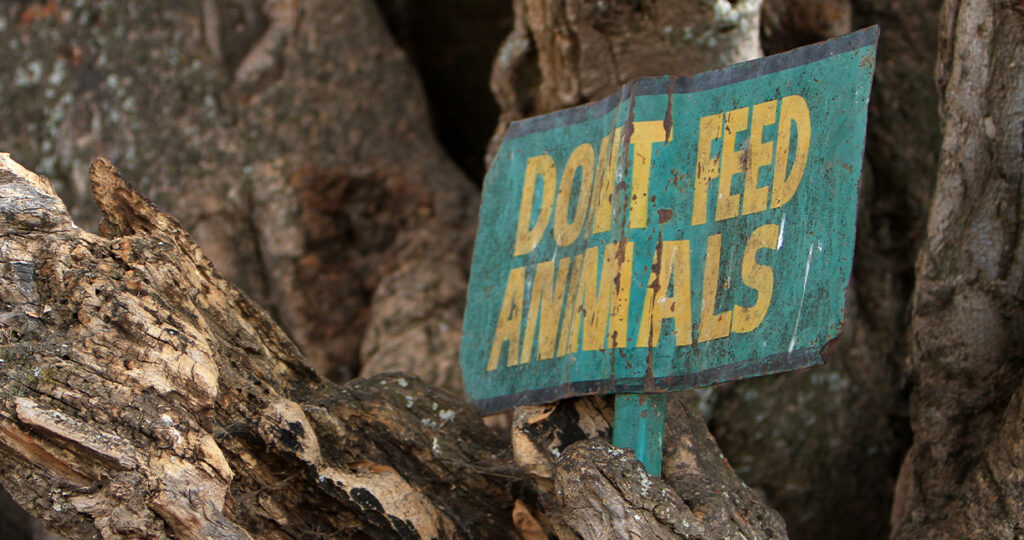 Effective June 1, the Town of Manchester will begin to enforce its recently-passed ordinance which prohibits individuals from “[feeding] any wildlife on a regular or continuous basis” on private, town-owned and public property.

The ordinance, which was passed by the Board of Directors in a 6-3 vote, aims to “protect the public health, safety and welfare of the citizens of the Town of Manchester.” The ordinance specifically prohibits the feeding of wildlife such as bears, foxes, geese, turkeys, coyotes and deer.

The Board of Directors, who through findings presented by Jason Hawley of the State Department of Energy and Environmental Protection (DEEP) Wildlife Division, stated that wildlife experts have “widely concluded that such regular feedings are deleterious to the wildlife in that it reduces the wildlife’s ability to survive in nature.” The Board also cited the public health risk that is caused through excessive animal droppings and the public disturbance that can be caused to private property owners by wildlife that grows dependent on humans.

While the restrictions of the regulation are broad, there are several entities that are exempt, including any nonprofit organizations dedicated to rehabilitating wildlife, agencies operating environment educational centers and various forms of pest control services. In addition, the feeding of wildlife is permitted “on public and private property at such times and in such numbers that such feeding…does not create an unreasonable disturbance that affects the rights of surrounding other property owners and renders other persons insecure in the use of their property.”

Despite the Board’s urgency to pass this ordinance, Manchester is not the first Connecticut municipality to prohibit the feeding of wildlife. On July 13, 2020, the Town of Simsbury passed an ordinance that prohibited the “intentional feeding” of wildlife, while the Town of Granby has discussed the proposal of a similar regulation. In addition, the state’s Department of Energy and Environmental Protection has consistently worked with state lawmakers in an attempt to stop the intentional feeding of wildlife at a statewide level.

“The ability to regulate feeding in specific instances on private property would provide the Agency with a much-needed tool for use in reducing negative interactions between [the public and wildlife],” DEEP officials wrote in a public memo reported on by Christine Stuart of CT News Junkie. “This authority would be used judiciously to respond to threats to the public to de-escalate issues with dangerous animals.”

While many home and other private landowners often continuously leave food out for wildlife, DEEP said that this can lead to wildlife, particularly animals such as bears, to become far more aggressive to humans. DEEP continued to note that, between June 19 and August 31 of 2018, there were “21 home incursions [involving bears] in Connecticut.”

“The feeding of such wildlife by the public, whether intentional or inadvertent, can reduce their fear of humans and lead animals to associate humans with feeds,” DEEP wrote. “Most notably, bears that routinely forage on human-sourced foods often develop bold or aggressive behavior towards humans, leading to home incursions, attacks on pets and livestock, or event direct threats to humans.”

To many, while they may understand the potential risks to locals and property caused by the continual feeding of wildlife, the impact on the health and longevity of local animal communities is often lost. For example, in findings presented by New York State’s Department of Environmental Conservation, the continued feeding of local waterfowl could cause delayed migration, overcrowding and the spread of disease amongst geese and other forms of waterfowl. Through the prohibition of continuous wildlife feeding, the Manchester community can ensure the safety and wellbeing of the town’s diverse animal population.

While the prohibition of feeding wildlife is a crucial first step in preventing animals from disturbing your private property and protecting the surrounding animal communities, there are still many steps that home and business owners must take to ensure the safety of themselves and the surrounding property owners. Preventive measures provided by Wildlife Removal U.S.A. include:

If wildlife is encroaching on your property or the surrounding properties, please notify the Manchester Police Animal Control at (860)645-5516.