The COVID pandemic has given us renewed appreciation for the heroes around us. 108 years ago, a teacher from Manchester stepped forward during a crisis and became a hero.

Elisabeth M. Bennet came to Manchester in 1909 at the age of 28 as a teacher to train other teachers. She served as supervisor and principal of the Ninth District School from 1909 to 1917. 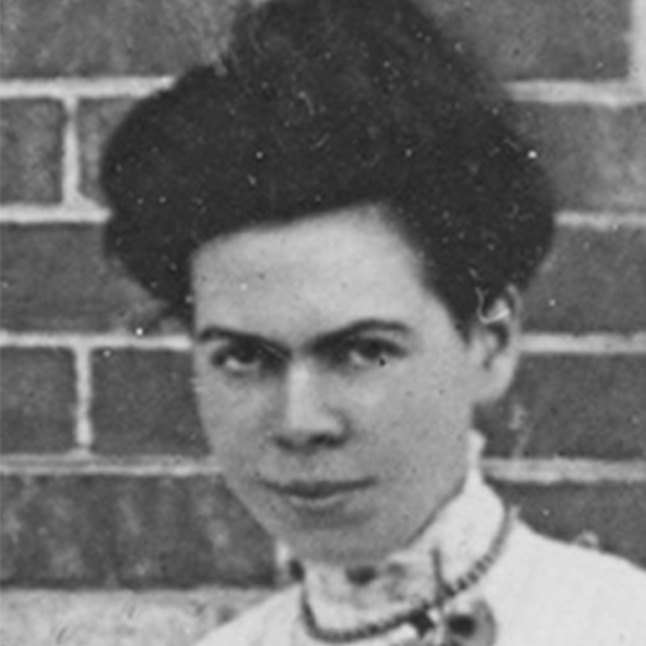 On October 23, 1913 a fire broke out in the school, a large, sprawling, wooden complex located at the current site of what is now Bennet Academy. 1,100 students, some as young as kindergarten, attended the school. According to contemporary reports the fire burned quick and hot. In less than an hour the entire structure, along with neighboring buildings, was destroyed.

Ms. Bennet’s quick action is credited with saving all who attended the school. She quickly put into effect the fire drill training instituted by Superintendent Fred Verplanck. Ms. Bennet did not leave the building until she was sure all students had safely exited. Anecdotal accounts at the time indicate Ms. Bennet suffered a burn on her forehead, sustained when searching for students believed to be in the school basement.

Elisabeth Bennet continued her career in Manchester, retiring in 1951. She became principal of Barnard School in 1917, later adding supervision of Nathan Hale, Highland Park and South Schools. During those years she established her reputation as an innovator. She is credited with being the first to establish a school library, establish manual training programs, promoting the first recreational center and use movie projectors as visual teaching aides.

In 2016 the Manchester Sculpture Project began working to commemorate the legacy of a number of Manchester’s extraordinary citizens like, Ms. Bennet, by commissioning a series of life-size bronze sculptures by noted artist, Michael Keropian. The first statue, of Olympic medalist and four-time Manchester Road Race winner, Joe McCluskey, was dedicated in 2019 and stands in the East Coast Greenway parklet at the corner of Highland and Wyllys Streets. Efforts are underway to raise funds for a sculpture of Elisabeth Bennet to stand in front of the Main Street school that bears her name – Bennet Academy. To date $16,445.00 have been raised towards a fundraising goal of $97,095. Those who would like to help honor this remarkable woman may make a tax-deductible contribution to The Sculpture Project c/o The Manchester Historical Society, 175 Pine St., Manchester, CT 06040. For credit card donations, please call the Historical Society at 860 647-9983.