COVID-19 Has Heightened Inequities in Manchester 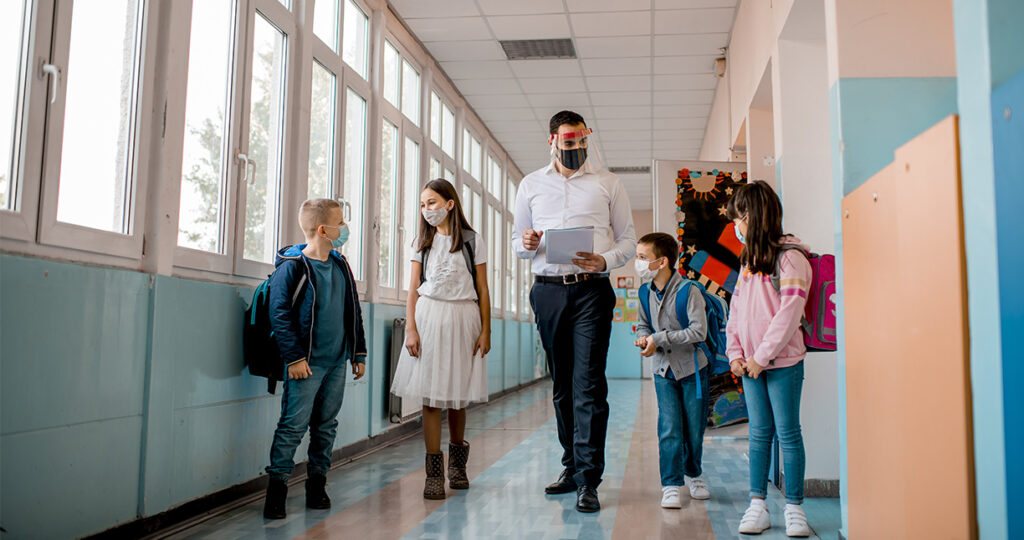 Collectively, the world has felt the devastating impacts that have been caused by COVID-19. From hospitals running out of space to treat patients to families having to navigate the world in the wake of losing loved ones, the wreckage from this pandemic will haunt us for years to come. However, through the chaos of the past year, our understandings of local and widespread inequities has been clarified and deepened, showing us just how disproportionally affected our most vulnerable populations are. Manchester is no exception, as many of our students of color, their families, the elderly and the disabled have been the hardest hit by the COVID-19 pandemic.

Jennifer Vignone, a Language Arts teacher at Manchester High School, noted a variety of ways in which COVID has changed the expected role of a student. Many students have become caregivers, Vignone said, and have had to take on extra tasks within the home, such as taking care of siblings. This often disproportionately affects families who are unable to afford daytime childcare, Vignone said, causing older children to fill in as care for their younger siblings.

In addition to these additional responsibilities that students have been forced to take on, academic skill disparities have only been widened due to COVID, Vignone said. One of the key items Manchester Public School’s teachers have been enforcing to their students is the need to budget their time, but many students struggle with how to effectively and responsibly due so, Vignone said. Before the pandemic, in-person schooling created a solid structure for students, one that is challenging for students to replicate independently, Vignone said. When coupled with less face-to-face teaching time, which has now been decreased to two hours due to online schooling, Vignone said that teachers are now having to teach middle- and high-school students how to adjust to both budget their time and work independently.

On top of the everyday assistance that students require, teachers have had to adapt to meet the needs of students who require special education services. Due to the pandemic, these students have been underserved, Vignone said, but both special education teachers and paraprofessionals have gone above and beyond their call of duty to ensure that students are not falling behind and have constants access to the academic and social resources that they require.

Despite these difficulties, Vignone noted that one of the bright spots of the pandemic is that parents and teachers are communicating more with one another outside of their traditional roles. Parents are often reaching out to teachers to discuss their child’s course load or emotional and mental health, Vignone said, and parents have taken on a much more active role in their children’s education. While it can be difficult for parents to acknowledge that their student is struggling, Vignone emphasized that in the current modified school format, even the most accomplished of students are having academic and behavioral issues. 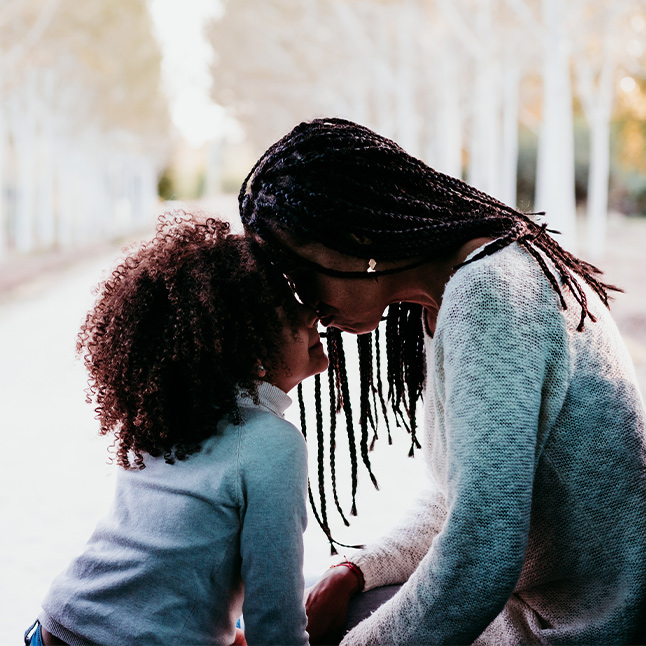 On an administrative level, Erin Ortega, Chief of Staff for Manchester Public Schools, shared that her office is also working to combat inequities within the Manchester community, including providing students access to technology, internet hotspots and food. Manchester Public Schools has received funding for Personal Protective Equipment (PPE), Ortega said, as well as additional grants that have allowed the Town of Manchester to continue to divest resources into Race and Equity work.

While both teachers and MPS administrators acknowledge the heightened inequities in Manchester, Rhonda Philbert, Equity Coordinator for Manchester Public Schools’ Office of Equity and Partnerships, said the actual process of collecting data can and should be improved. While COVID has certainly heightened inequities at a local level, including within Manchester Public Schools, Philbert said that there is a lack of disaggregated data for communities of color. This means that while localities are reporting data on inequities and COVID-19, they are not breaking the data down to give accurate and complete data on race and equity, Philbert said.

This inclusive data, that of which includes race and ethnicity information, will allow MPS administrators and staff to better pinpoint and address the needs of students of color, Philbert said. According to Philbert’s research, Manchester High School’s Latinx students are two times more likely and black students are one and a half times more likely to not be on track academically in comparison to their white counterparts.

Despite the Town’s delay in disaggregating data, Philbert said that the school district already has a system in place to disaggregate data by race and ethnicity. Superintendent of Schools Matthew Geary is actively working on a hybrid learning plan that would address the inequities that have been heightened by COVID. This includes, among other items, an emphasis on making sure that teachers are prioritized when it comes to receiving the COVID-19 vaccine. Additional resources need to be allotted to allow for wider disaggregation of data, Philbert said, specifically in relation to health, economic impact and other crucial reporting measures.

Philbert challenged Manchester to live up to the proclamation they made, which stated that the town commits to “decrying prejudice, racism and discrimination within the community, while acknowledging that education is one important way to improve and help build positive relationships between all departments of the [Town] of Manchester and residents”.

“If you have the proclamation, then you gotta do the work,” Philbert said.

Community member and local parent Teresa echoed Philbert’s sentiment. Many parents in Manchester’s Latinx community are struggling to help their children, Teresa said, and they have received little support from MPS. Many parents were not given Spanish-language instructions on how to use the school-issued laptops or how to setup internet hotspots, Teresa said, and many Latinx and Hispanic families feel helpless. In addition, Teresa, who helps Spanish-speaking families navigate the MPS systems, said that many school counselors and teachers lack empathy for those who struggle to express themselves comfortably in English. Many are also fearful of losing their culture if the school system and town continues to only tailor their information to English speakers, negating, among others, Spanish-language speakers.

After she wrote about her grievances that she both witnessed and experienced within Manchester Public Schools to the Superintendent of Schools, Teresa said that MPS responded back to her explaining that only 4% of Manchester speaks predominantly Spanish and that she should use resources such as Google Translate. However, Teresa explained that this number is inaccurate; when Spanish-speaking parents have to fill out the MPS school registration form, many of them go to an English-speaking friend to fill out the form on their behalf. In addition, the registration form itself has many intrusive questions, specifically those that ask about when they arrived in America and where they are originally from, Teresa said. This scares family members and students alike, due to either fear of deportation for those who are undocumented or, if they are citizens, fear for other family members.

Although there are still many improvements that need to be made, Philbert acknowledged that the Town of Manchester is taking steps toward a more equitable community for all. She commends Manchester for hiring a local Health Equity Coordinator, Amy Beaulieu, “whose primary responsibilities include reviewing and developing policies to promote good health in the face of unequal economic conditions and disparate treatment related to race and disability,” according to the Hartford Courant.

Outside of school and academic life, many families and students are still in desperate need of support. Sheridan Douglass, the Prevention Coordinator for Manchester’s Change Collaborative, said that she and her staff have been on the front lines, working to alleviate the negative impacts that the pandemic has compounded. In order to better regulate a “normal” out-of-school life, Douglass has hosted many youth-targeted events, including hiking trips and Netflix movie nights. In addition, through their partnership with Manchester’s Youth Service Bureau, Douglass has connected struggling families with resources including food, clothing and shelter.

Unfortunately, students and their families are not the only population that have been affected by the inequities reinforced by COVID. One group whose struggles have only be heightened by the virus would be the elderly and the disabled, two groups who have experienced widespread struggles throughout the past year. In order to combat these inequities, community organizations such as UR Community Cares have worked to meet the needs of these groups in Manchester and over 100 surrounding towns. Over the past months, countless elderly or disabled individuals have wanted to receive the vaccine, but many do not have access to transportation or funds to pay for transportation services, UR Community Cares co-founder Michelle Puzzo said. To meet this community need, UR Community Cares offers a free transportation service to locations such as the grocery store, pharmacy and health appointments, Puzzo said.

In addition to transportation aid, UR Community Cares often offers a variety of volunteer-led services for Connecticut’s communities, Puzzo said. Over the past years, volunteers have assisted local elderly and disabled communities with services such as yard work, snow shoveling, food drop-off and plumbing, Puzzo said. Along with providing help to these vulnerable populations, Puzzo said that they also connect clients with area hospitals and health agencies, ensuring that all of their clients are receiving the proper medical attention. If you are interested in becoming a client or volunteering for UR Community Cares, register online here or contact Puzzo at (860)430-4557.

While some may struggle to see their role in social change, it is crucial that everyone grapples with what they can do to create a more equitable Manchester community.  Whether it be volunteering with UR Community Cares or becoming more active in local planning meetings, it is the duty of each of us to work toward a more just and equitable community for all.