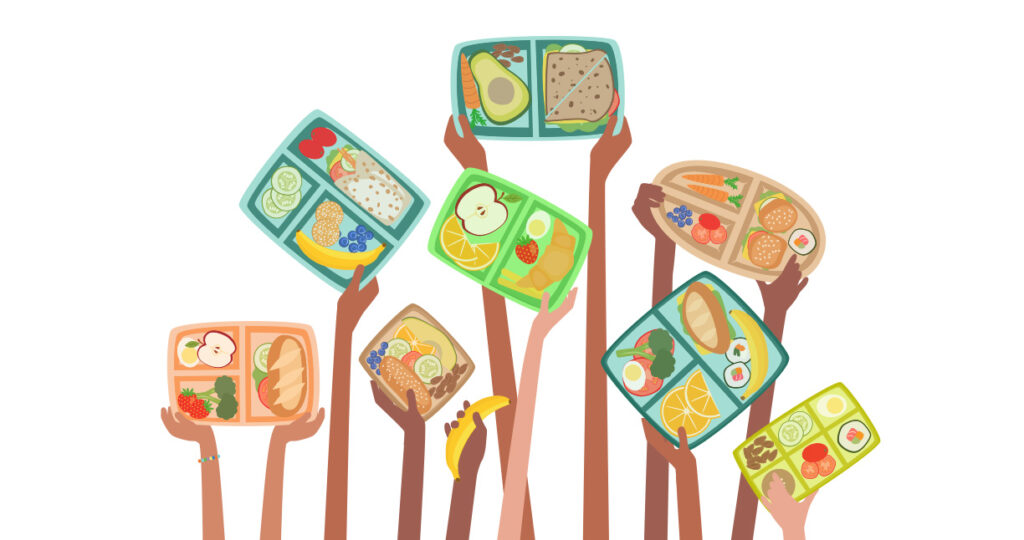 The past year and a half has seen drastic changes to the issue of school lunch debt in Manchester, the state, and the country as a whole.

Stories on the issue, and the associated problem of debt shaming, have increased in recent years—from a child in Alabama getting stamped with a message to his parents to pay his debt to parents receiving a letter threatening being reported to social services in one Pennsylvania school district—and Connecticut is one of the most recent states to take action on such practices.

According to a new law signed by Governor Ned Lamont in June, school district policies regarding school lunch debt must contain “a prohibition on publicly identifying or shaming a child for any such unpaid charges, including, but not limited to, delaying or refusing to serve a meal to such a child, designating a specific meal option for such child or otherwise taking disciplinary action against such child.”

This law, entitled An Act Concerning Social Equity and the Health, Safety and Education of Children, also allows school boards to accept donations from outside sources to cover unpaid meal debt. Earlier this year, a similar law containing many of the same provisions was put forward but ultimately not passed, with its main components being incorporated into the broader childcare law signed by Lamont.

“When children are impacted by poverty, one of the worst things we can do is compound the pressure they are already under, yet that is exactly what punishing them for school lunch debt does,” State Senator Saud Anwar said in a February 4th press release on the first law’s attempt to outlaw lunch debt shaming. “If a child struggles to pay for school lunch, it is simply wrong to deprive them of food, force them to eat from a different menu or punish them through withholding other services. I’m encouraged that we may be able to reduce school lunch debt itself through donations to further alleviate this problem.”

Lunch shaming can take many forms, such as providing alternative meals like a cheese sandwich in place of a hot meal or various administrative actions such as withholding grades. According to CNBC, a 2014 federal report found that 39 percent of school districts in the country handed out alterative meals that were cheaper with no nutritional requirements, while up to 6 percent went as far as to refusing meals to students without money.

“Such policies are embarrassing and stigmatizing for kids. But they also block them from receiving the full benefits of school lunch—which offer important health boosts, reduce food insecurity, and ensure children perform to the best of their abilities in school,” Popular Science wrote.

The scale of the problem both nationally and locally is concerning. According to educationdata.org, the total meal debt in public schools was $262 million a year, with 1,540,000 students unable to afford their school meals. Of the schools surveyed, 75.1 percent had unpaid student meal debt. Connecticut had 23,048 children who were “food insecure and ineligible for federal assistance,” with an average debt of $170.51. This led to an estimated meal debt in the state of Connecticut of $3,930,000.

“For many school meal programs, unpaid school meal debt can accumulate to create a significant problem,” Kate Murphy, president of the School Nutrition Association of Connecticut (SNACT) and Food Services Director for Naugatuck Public Schools, said in an email to Better Manchester Magazine. “To give a sense of economic of the economic impact, a 2017 SNACT survey of 44 Connecticut School Food Service Directors revealed that unpaid balances in Connecticut Schools ranged from just under $1000 to $90,000 per district. 91% of the districts reported they had unpaid balances. 56% reported that the balance was significant relative to the size of the district.”

SNACT is an organization of school nutrition and food service professionals from schools across the state and is Connecticut’s chapter of the national School Nutrition Association (SNA). It has concerns, however, that the law might cause problems for school districts in the state.

“Experience in other states that have placed restrictions on debt collection have shown that, anecdotally, unpaid meal debts have significantly risen after such legislation has been introduced,” Murphy said. “We anticipate that it will take time for families as well as food service programs to fully recover from the full effects of the COVID-19 pandemic. Restricting the ability to collect unpaid meal charges will place an additional financial burden on an already stressed system.”

SNACT, as well as its national parent organization, advocates for universal free lunch for all students, removing school lunch debt from children and the school district alike. The past year and a half has made that a temporary reality. For students in Manchester, free school lunch will be available for years to come, and for those in other Connecticut towns and across the country for a relatively short time.

In April, the United States Department of Agriculture (USDA) announced that it would extend waivers issued at the beginning of the pandemic that allowed for universal free lunch for all students to cover the entire coming 2021-2022 school year. These waivers had also allowed meals to be picked up or even dropped off as students learned from home, as well as during the summer when not in school.

Free and subsidized school lunches are run through the USDA’s National School Lunch Program, created in 1946 during the Truman administration. Before these waivers, children were “categorically eligible” for free meals through participation in certain federal programs such as SNAP or through their status as “homeless, migrants, runaways, or foster children,” according to the USDA. Eligibility is also through household income and family size. Children from families at or below 130 percent of the federal poverty level for their household size are eligible for free meals, while those at 130 to 185 percent of the federal poverty level are eligible to receive reduced-price school meals.

The problem of school lunch debt effects those who qualify reduced lunch but cannot even afford the lower cost, as well as those who are above the household income threshold but are still food insecure and unable to pay. Further, the application process itself serves as a barrier, and schools not wanting to see the students suffer the consequences of lunch debt have to devote time and resources to signing children and families up.

In Manchester, the process has been simplified by its entry into the Community Eligibility Provision (CEP)—a component of the National School Lunch Program added by Congress through the Healthy, Hunger-Free Kids Act of 2010 and available to all qualifying districts or schools in 2014. The program provides school districts that qualify with the funds to make school lunch free, eliminating the burden of applying for students to receive free or reduced-priced lunch.

To qualify for the CEP, a school or local educational agency (LEA) must have a minimum Identified Student Percentage of greater than or equal to 40 percent the previous school year. The USDA defines “identified students” as “those certified for free meals without the use of household applications (for example those directly certified through SNAP).” The Provision is a four-year cycle, with schools and LEAs able to recertify and extend it.

In Manchester, four elementary schools—Martin, Verplanck, Waddell, and Washington— joined the CEP beginning in 2018, with the rest of Manchester schools joining and serving free meals beginning in the school year 2020-2021. As it stands, Manchester’s Identified Student Percentage for this coming school year stands at 46.42 percent—meaning that at least 46.42 percent of students qualified for free meals according to their household income.

Before its entrance into the CEP, Manchester’s own policy of dealing with lunch debt, revised in 2015 according to the district’s website, entailed allowing students to charge meals if their accounts go into debt. After three meals, school staff contacted the child’s family, although students were still allowed to charge meals in this period. Monthly reminders of the debt followed to the parents, and the sum had to be paid before the end of the year. According to the old policy, “the school reserves the right to withhold report cards and student records until lunch account balances have been paid in full.”

After the experiencing the benefits of free meals during the pandemic, expect that there will be greater and greater calls for universal free lunch to be made permanent—a bill has already been referred to committee in the U.S. Senate that would make it permanent.

“As the nation recovers, continuing to provide school meals at no charge will ensure no child goes hungry during the school day, experiences shame or accrued unpaid meal debt, and will remove a significant burden on families and school budgets,” Murphy said. “Offering heathy meals to all students at no charge will eliminate the costly, time-consuming meal application and verification process and streamline paperwork and reporting requirements. Parents won’t have to worry about complicated meal applications, and school nutrition professionals can focus on nourishing students.”

However, when school lunches come at a cost again for children in Connecticut outside Manchester and other districts in the Community Eligibility Provision, the state’s new law should shield students from the effects of lunch debt and shaming. They won’t suffer as much for things outside of their control—no more alternative meals or disciplinary action for not having the means to pay. That, at least, is lasting progress.